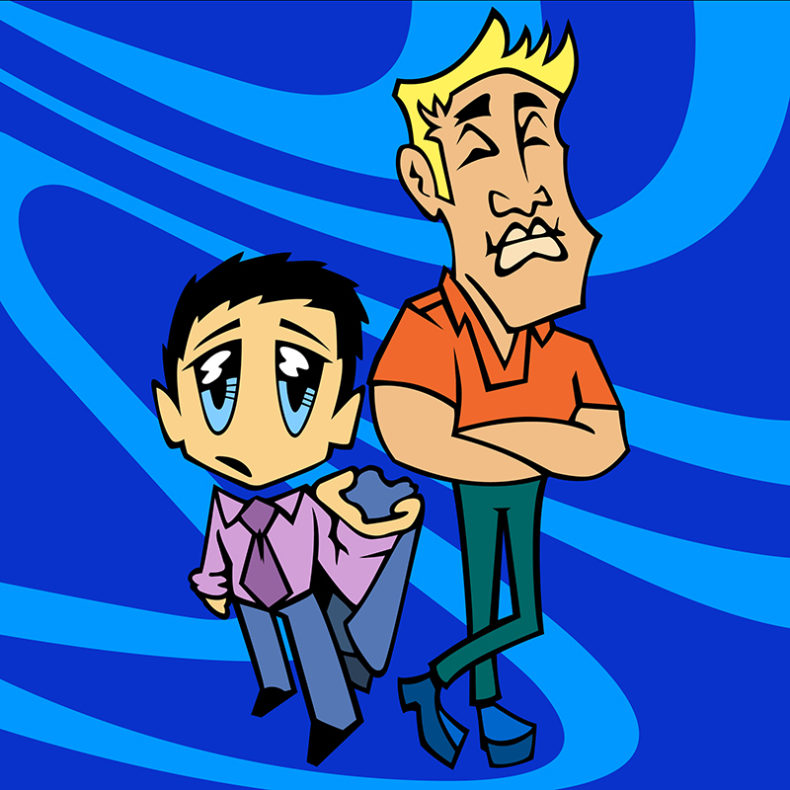 Welcome to The Hot Show.

1999 was a simpler timer. Bill Clinton was President, everyone’s biggest fear was Y2K and the internet was obsessed with a dancing baby. For kids born between the years 1988 and 1993 this was the year of Prozzäk, a Canadian cartoon Pop duo trying to find the meaning of true love through music.

After nearly 20 years from the release of their debut album the cartoon heroes are back with a new album Forever 1999, and brought their tour to the Danforth Music Hall  for the first of two highly anticipated shows. Cartoon video screens, giant inflatable heads, and on screen karaoke. Unless you grew up loving Prozzäk, this was a show that probably left you scratching your head. Judging from the crowds reaction and enthusiasm it’s not hard to assume there weren’t a lot of  first time listeners in attendance.

Prozzäk don’t really play concerts, mostly because it’s hard to classify them as a band. The members on stage aren’t actually Prozzäk. Simon & Milo are both characters played by Jay Levine (Simon) and James McCollum (Milo). This unique twist means that the visual portion of the concert is incredibly important. A giant screen shows the videos all true 90s kids know frame for frame as Levine and McCollum play the accompanying music. That isn’t to say the human members of the band stand back and let the cartoons take over the show. Far from it. Frequent trips out to serenade the crowd help keep the crowd engaged and interested in what is happening on stage.

This is a band that has inspired an incredibly loyal following. Which is understandable. There’s a reason nostalgia for a youth is so powerful. Growing up sucks. Some nights all you need to do is get together with your friends and sing along to the same songs you’ve been singing along to for almost 20 years. Prozzäk understood this while devoloping the setlist. Starting off with some of their biggest hits like “Strange Disease” and “Omobolosaire” to really get the crowd into the show. The group’s newer songs like “Baby I Need Your Love” and “Love Me Tinder” played really well with the crowd and fit right in with the older tracks.

Prozzäk is a different kind of experience. It’s goofy and a hell of a lot of fun. It’s a great feeling to be able to take a break from everything going on and if even for one night, party like it’s 1999.

Photographer by choice, writer by necessity. Since moving to Toronto in 2011 Morgan has become an active member of Toronto’s music scene. On any given night he can be found at various venues with his camera in hand. There’s nothing he loves more than exploring all the venues this wonderful city has to offer, discovering new bands and genres along the way.
RELATED ARTICLES
live reviewprozzäkthe danforth music hall

by Trista Whitman on February 19, 2020
SOULFLY @ THE CABOOZE, MINNEAPOLIS (MN) FEBRUARY 19, 2020 Soulfly’s ‘The Summoning’ two month US tour started February 1st and to the delight of the area’s Heavy Metal [...]

by Jason Fitzpatrick on February 19, 2020
WOLF PARADE @ THE MOD CLUB THEATRE, TORONTO FEBRUARY 19, 2020 Wolf Parade returned back to Toronto’s Mod Club Theatre for their second show to continue the [...]