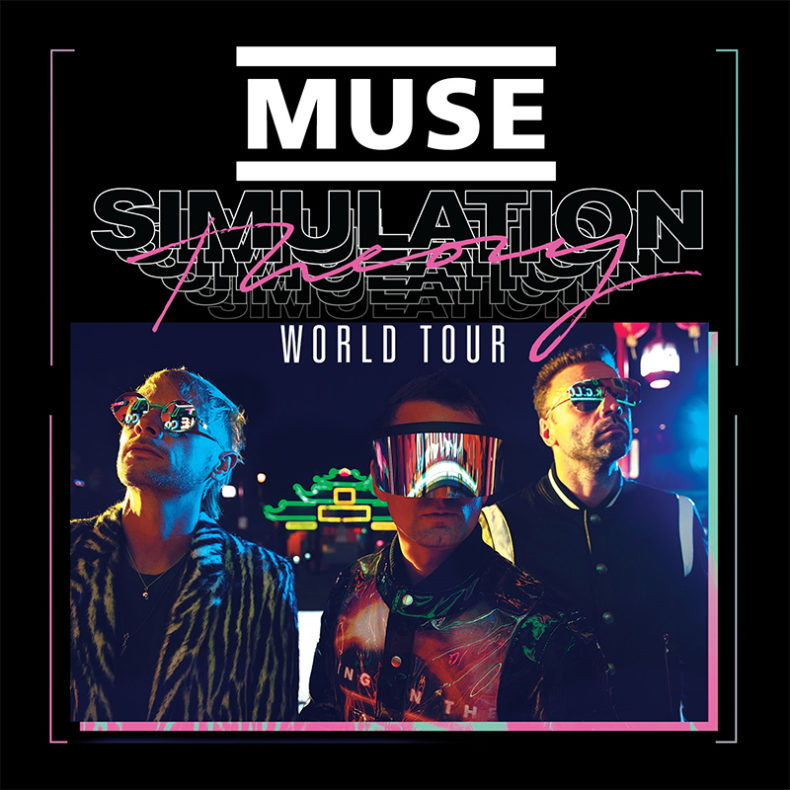 Muse is one of those bands that despite how much you may enjoy or dislike their albums, always blow you away with its live show. Their current Simulation Theory World Tour is no different as their stop at Toronto’s Scotiabank Arena tonight, along with show openers Walk The Moon, proved to be an exciting affair.

Having partnered with Microsoft, the band was clearly looking to make their notoriously impressive stage show that much more entertaining. The VIP pre-show party teased this through multiple VR arcade style games in a lounge setting. Where everyone seems to be looking for ways to further the fan experience at concerts, this is certainly an excellent first step into bringing a greater sense of emersion for the audience. I look forward to seeing Microsoft continues to do this and how other artists and companies will adapt a similar pre/post-show environment.

Emerging from the center of the catwalk floor, and encircled by trombonists adorned with strobe lights, guitarist and vocalist Matt Bellamy rose to the center of the stage to thunderous applause. Wearing a studded and bedazzled leather jacket with what may have been a tiger stitched on the back, a gauntlet emoting rays of light, and strobing glasses, Bellamy looked like the coolest kid at the state fair who’d just won all the prizes. It was ridiculous and cheesy beyond believe, but damn if the entire near sold out audience, myself included, weren’t completely transfixed. As they went into “Pressure”–the lead single from Simulation Theory–it was clear from the dancing and singing among the audience that, for a large part, they have followed the band closely throughout even the most recent chapter of their career. 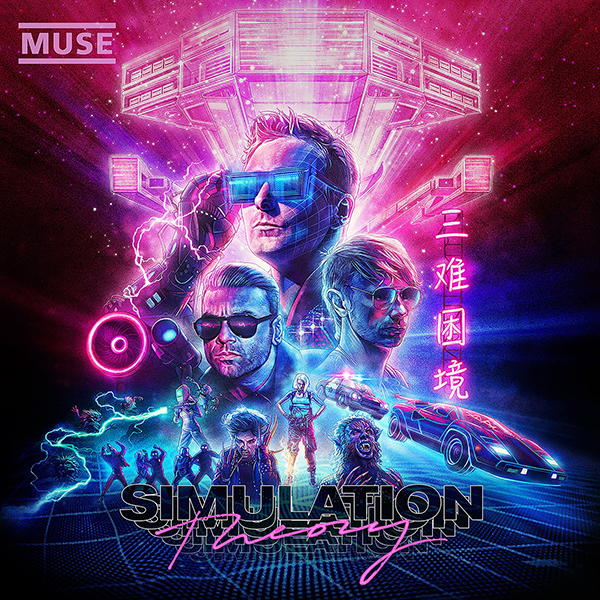 Much like Simulation Theory, the concert followed a warning theme of the rise of AI, something which the government or ruling class will you to trap everyone in a reality like simulation. In a rock opera fashion, Muse’s set was carefully created to reflect this struggle and subsequent resistance throughout their two hour set. They did an excellent job blending classic material such as “Uprising”, “Starlight”, “Madness”, and “Time Is Running Out”, among others to seamlessly fit in with newer tracks, such as “The Dark Side”, “Algorithm”, “Propaganda”, and an acoustic, stripped down version of “Dig Down”. It was certainly an ambitious idea to bring to life, something which, as a whole, Muse did quite successfully; however, there were moments which seemed to carry the concert more so than others.

The show featured truly one of the greatest light shows I have seen. This was furthered with the recurring roles of the additional musicians who would jump on percussion as well as take on more thematic roles as they dangle from the lighting rig and dance in exoskeleton suits. While the stage show as a whole was certainly ambitious and largely impressive with the band making use of the catwalk, trap doors beneath the stage, massive screens, and atmospheric lighting, it almost felt scaled back from what fans should have expected. Despite the lack of rising platforms (made famous in the “Resistance” music video) the show came to a climax with an inflatable cyborg skeleton towering over the stage behind the band as they performed a blistering medley consisting of “Stockholm Syndrome”, “Assassin”, “Reapers”, “The Handler”, and “New Born”.

While the use of technology was a spectacle all on its own and the band remains tight and proficient as ever, I have the unpopular opinion that the thematic element of the show actually held Muse back from delivering a far better and more exciting show. A rock opera is a truly impressive feat, and I’ll applaud anyone who can deliver one quite as grand as Muse did; however there were times when it felt like the stage show was carrying the concert more than the music. Furthermore, the overarching narrative felt like The Matrix and The Terminator quite irresponsibly left their angsty, mixed up lovechild at the door to a garage where a trio of would-be rock stars were practicing. At its best, it was thrilling, at its worst, it was incredibly cheesy, but all-round was a good time. That being said, and as seen during a few, almost rare, moments in their current tour, Muse are at their best when they’re just three dudes killing it on stage blasting anthems like rock tunes–nothing was better than watching them blast through hard hitting tracks driven by crunchy riffs and tight musicianship such as on “Psycho”, “Hysteria” and the strong concluding number, “Knights Of Cydonia”.

A passion for music has always been a part of Gerrod’s life. As a young boy, he was raised on a steady diet of the music from The Chili Peppers, Aerosmith, The Stones, Prince, and others from his mum. Raised in the GTA, Gerrod continued to foster his love for music by attending a wide range of concerts and learning the drums. His unapologetic passion for music has no bounds and has spread to a wide variety of styles, whether it be the 90’s rock that sound tracked his teenage years, the jazz he studied in university, or his newfound love for hip-hop. He recently received his bachelors in music and education from York University and is passionate about writing and reviewing good (and less than good) music. Gerrod is also the drummer and songwriter for a Toronto based rock & roll band, One In The Chamber.
RELATED ARTICLES
live reviewmusepressure