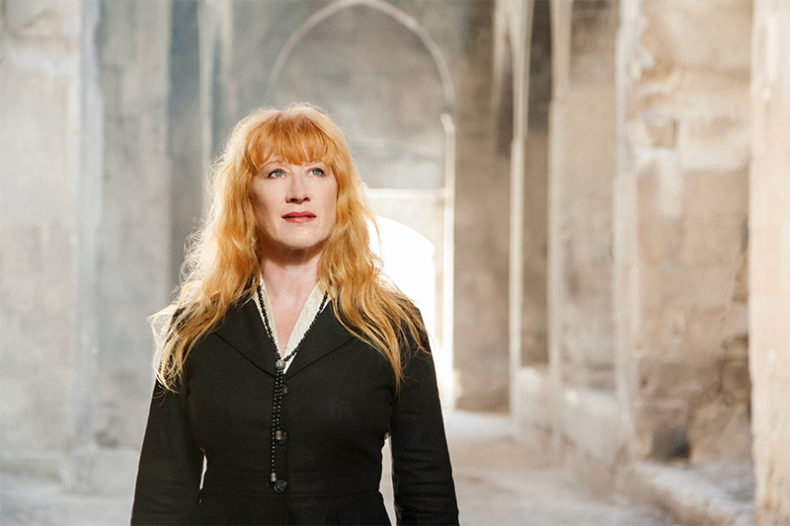 Loreena McKennitt has embarked on a tour to promote her latest album, Lost Souls. Thus far, her only Canadian dates are three shows in Stratford, her hometown since 1981. Her choice of venue in Stratford could not be more perfect. Knox Church, built in 1844, provided not only a stunning backdrop for McKennitt and her band but also some of the best acoustics I have ever heard.

The band played at the altar, with stained glass behind them, candles and a basic stage setup. That was all they needed: simple lighting (at one point, she checked with people in the front row if the light was bothering them) and simple staging. The music was the main attraction, and  her music in this setting was breathtaking.

Joining McKennitt on this tour are Brian Hughes (guitars, bouzouki, oud), Hugh Marsh (violin) and Caroline Lavelle (cello, vocals), all three of whom have been with McKennitt for well over 20 years. She has three ‘newcomers’ to the band, Robert Brian (drums), Dudley Phillips (bass) and Ben Grossman (hurdy gurdy, percussion). McKennitt floated between harp, piano and accordion effortlessly as she always does and her voice has never sounded better.

The show itself is one of the finest performances McKennitt has ever given. As usual, she was engaging with the audience, but, perhaps due to the intimacy of the venue, McKennitt reflected on her life, her experiences, Stratford, journeys, and related it all to the music and art she creates. She was funny and entertaining and quite frankly I would welcome a lecture from her any day. One left the show feeling as though we knew her just a little bit more and certainly appreciating her music on a whole new level. 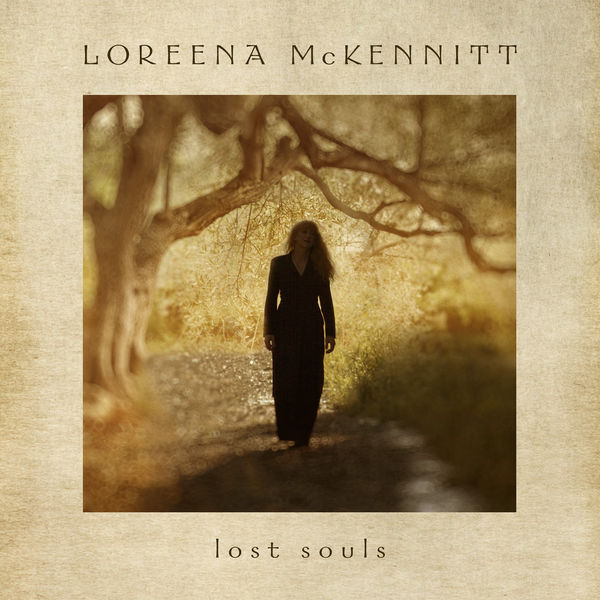 There was no opening act and her show was split into two sets. She opened the concert with the Irish traditional song, “She Moved Through The Fair”, which transported the audience to another time and another place. It was sheer beauty. Before that could set in, she launched into one of her many classics “All Soul’s Night”, which sounded alive and vibrant. It was brilliant. Although she was promoting Lost Souls from which she performed four songs, she touched upon her entire career and almost her entire catalogue.

There were many highlights, but for my money it was the solo exchanges between Hughes and Marsh during “The Bonny Swans”. McKennitt on piano sang the song perfectly and then Hughes and Marsh brought the song to a climactic ending trading off solos. It was almost a musical discussion between the two and it was an incredible way to end the first half of the show.

McKennitt shone throughout. Her voice is stronger than ever and the emotion coming from her as she sang is beyond words. “Santiago”, “The Old Ways” “The Stolen Child” and of course “The Mummer’s Dance” came alive and roused ghosts as the band performed, lead by McKennitt. She closed the show with “Dante’s Prayer”, which is the only way to end her concert and the silence from the audience as she sang the last line “please remember me” said it all. There is no question, no one will forget Loreena McKennitt and all will remember that night.

Her band was with her every step of the way, and their musical performance was beautiful. Each musician added so much to the music. Lavelle’s performance was elegant and she was an absolute joy to watch as she played. Brian’s drumming was perfect and Phillips and Grossman filled in the spaces with their marvelous performances. It all came together and the sound was perfect.

Quite simply, one of the best shows I have attended this year.

Born and raised in Whitby, Aaron discovered music through his love of The Beatles. This led to a career in radio, writing for various publications, and ultimately a radio show about The Beatles (Beatles Universe), which ran for over four years. When not immersed in music, Aaron enjoys spending time with the loves of his life -- his wife Andrea, and daughters Emily and Linda (all of whom have an intense love of music too).
RELATED ARTICLES
live reviewloreena mckennittlost souls