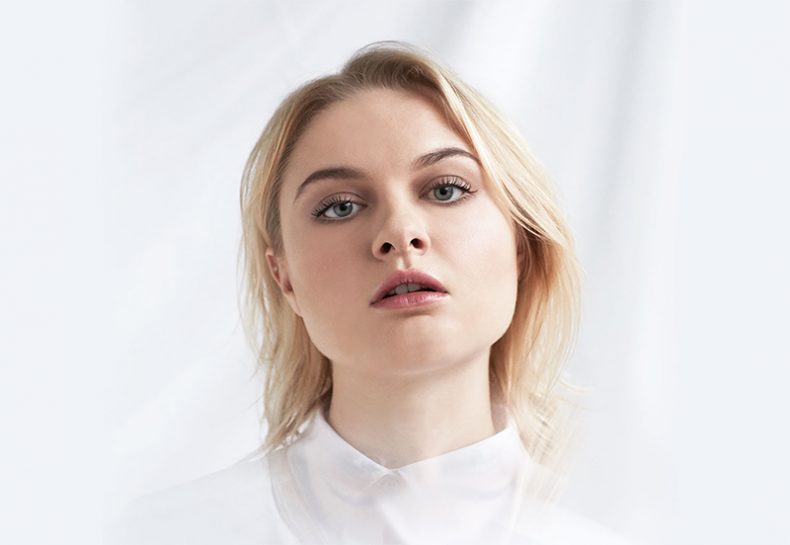 Holly Lapsley Fletcher, known as “Låpsley” to her fans, brought soulful to the next level on November 6 at The Danforth Music Hall. You would never be able to guess that this Brit powerhouse of a woman is in fact a mere 20 years young. A medley of triangular lights in the background engulfed her angelic silhouette as she rocked her fiery sequined coloured jacket.

She was preceded by the Alternative music duo Aquilo, also hailing from England. Tom Higham and Ben Fletcher awed the crowd with their smooth production, instrumentation, and vocal harmonies. Fans swooned to their dreamy song, “Silhouette,” near the end of their opening set.

Låpsley powered through, as she faced technical difficulties with the microphone. She kept going and made it work — using the various microphones set up on the stage. Her band consisted of three similarly-dressed men in black on keys, a drum machine, and bass, as well as an electronic drum kit. Låpsley played fan favourites – from “Falling Short” to “Cliff,” among many others. Sing-alongs were definitely in the air at The Danforth.

She performed a song solo on the keys and sang “This Woman’s Work” by Kate Bush; a tune that she told the audience she sang on International Women’s Day. Låpsley proudly announced a recent tattoo related to Kate behind her ear, and referred to her as one of the three most inspiring women in her life — after her mother and Joni Mitchell, of course.

It was easy to spot longtime-Låpsley fan, Maya, dancing up a storm at the concert. She commented, “Låpsley charmed the audience and maintained the energy in the room despite sound troubles. Throughout her set, she gave insight into the inspirations behind her music and lyrics, helping the audience feel more connected to her. Her voice tied together the electronic sound played by a live band creating a soul-filling sound.”

“Love is Blind” was the second last song before “Station” — with suave switches between mics that gave her some deep vocal effects. Her fans swayed and begged for more, cheering her on as she showcased her tattoo of her triangular logo.

Thankfully, Låpsley couldn’t say no to her fans, so she strutted back onto the stage with a booming “Operator” and “Hurt Me”; newer and older tunes to top off the night. Her album releases have impressed audiences more and more over time, and this is only the beginning. This lady has a serious musical path ahead of her – keep an eye out!

Originally from Toronto, Giselle is exploring the worlds of entertainment and social change through a musician's lens. With a background in Environmental Studies and Music Business, she works to establish her own voice in the music scene.
RELATED ARTICLES
holly lapsley fletcherlåpsleylive review
8.0