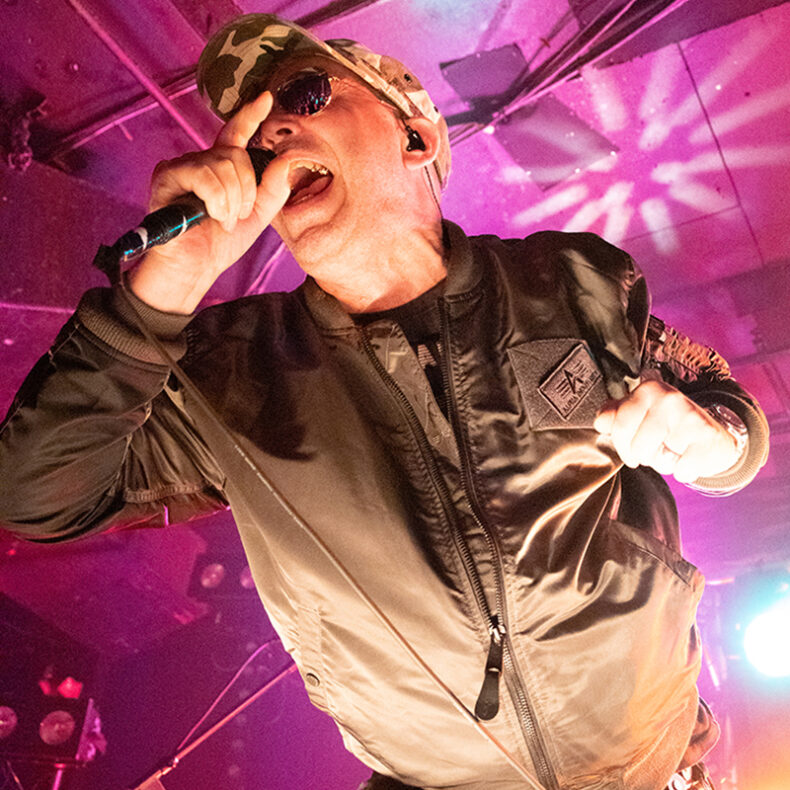 A band considered to have brought industrial music to the mainstream, KMFDM, is out on a 22-date tour to promote their 22nd studio album, Hyena. The Cabooze had a long line of fans outside long before the doors opened.

The multi-talented Bradley Bills project known as Chant is serving as support for this tour.  Bills has contributed drumming as a touring member of Die Krupps, My Life With the Thrill Kill Kult, and even the supergroup Pigface. The percussion-driven performance was impressive with his large drum kit complete with chimes and other non traditional items. Bills was non stop as he moved behind the drum kit, pausing at the keyboard along side the kit occasionally. The tribal drum and industrial-infused performance complete with a synchronized light show was a truly unique performance that delighted the entire venue. Piano and cello elements also found their way into the performance. Bills was able to entice the crowd to sing along during songs such as “Uprising” and “Revolt.”  There was no shortage of emotion in his performance vocally or instrument wise, he even broke a drumstick and grabbed a new stick without missing a beat. 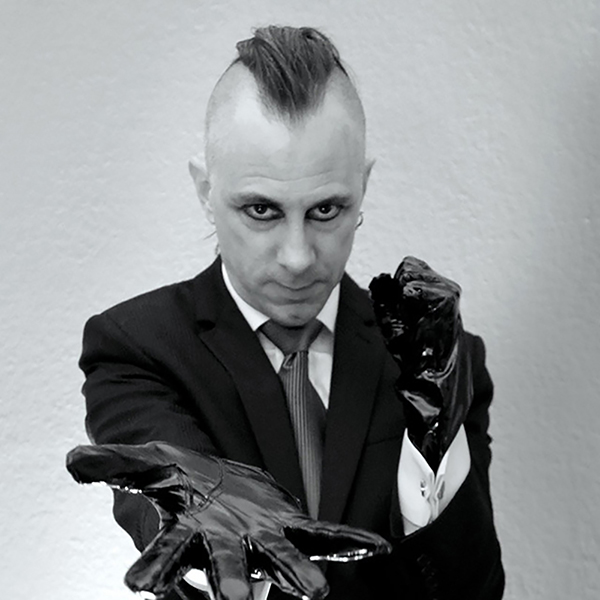 KMFDM’s 16-song set running approximately an hour and a half held amazing energy from start to finish. The venue was nearly full and the energy of the fans was infectious. Opening with “D.I.Y” quickly got the momentum going. Singers Sascha Konietzko and Lucia Cifarelli lingered around their metal podiums for the first couple of songs, “All 4 1” and “Light”, while guitarist Andee Blacksugar moved from one side of the stage to the other. As expected, a good mix of their set list included songs off of their most recent release. The over-the-top light show was different with every song, the stage going dark for a brief moment at the conclusion before engulfing the stage in strobes and lights to carry the momentum into the next song. You got funk and hip hop elements from the song “Rock’n’Roll Monster” to thrash from “Blindface.”  “A Drug Against War” worked a section of the crowd into a mosh pit.  Konietzko even lit a cigarette during the set. The performance had very little lag time in between songs and not much dialogue from the band during that time. However, Konietzko voiced his appreciation towards the end of the show by saying “We have respect and we always will.”

A high energy performance from start to finish.

Trista’s a music addict who’s taste in music spans over numerous genres. She enjoys playing her bass guitar, but honestly she’s not very good at it. So she goes to concerts and watches real musicians who are far more talented than her. You’ll find her there in the front row, because, well, she’s short and wouldn’t be able to see the stage very well otherwise, and because she strives to get the perfect photo to capture the experience.
RELATED ARTICLES
amnesiakapt'n kkmfdm
7.0