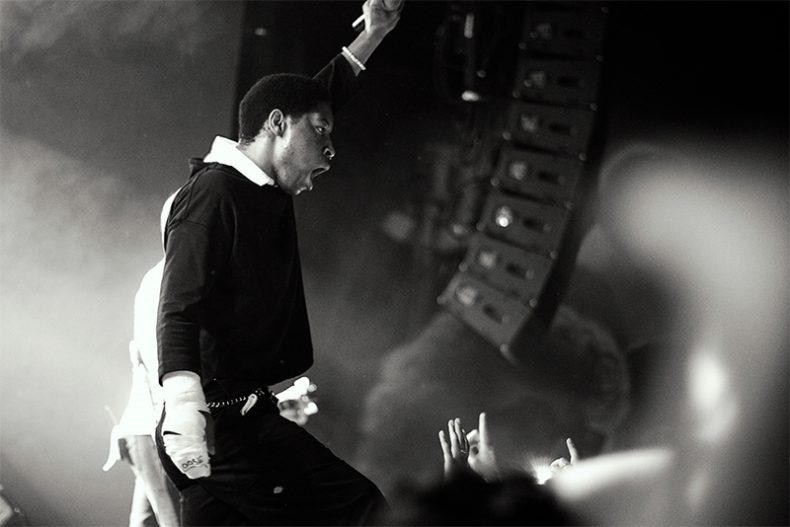 Nothing beats live music. There is something about just forgetting all of life’s problems for a moment while you listen to your favourite artists live.

I’m happy to say KennyHoopla & Incase We Crash live last night at the Axis Club (formerly The Mod Club) hit all the right notes for me and I simply can’t wait for the full return of Toronto’s concert scene, and of course, the lack of sleep I get due to them.

Incase We Crash is a local pop/punk band that has been making an impression on the Ontario music scene for a while now. They had a packed house for their opening set. Doors were at 7pm, but by 7:30 the venue was pretty much full. Nothing but positive energy in the air as fans prepped for the start while sharing their enjoyment of finally returning to live music events. Incase We Crash came out humbly, addressing the long time since they’ve played sharing how happy they are to be back. The band soon had the crowd jumping, with the lead vocalist Simon Austin even starting a circle pit about halfway through. When their set came to an end, you could tell that they had gained many new lifelong fans from that performance. I look forward to seeing more performances from them and highly recommend everyone give their single “Garden,” a personal favourite of mine, a listen.

KennyHoopla then took the stage. Kenneth La’ron is a is an American singer, songwriter & musician from Cleveland, Ohio. In the past 6 years, he has gone from SoundCloud musician to international touring artist. After many years of enjoying music of all genres, I couldn’t even tell you exactly what he is genre-wise. The man can’t be put in a box, seeming to change genres on the fly with influences from all types of musicians. To put it simply, he’s one of a kind.

KennyHoopla’s stage persona is something truly different as the man seems to swing between fast-paced high energy songs to more melancholic and angsty pieces. I know that it is normal to jump between styles mid-show, but his unpredictability keeps you on edge. There is no introduction to a sad song, as he jumps right into it seconds after going full throttle with one of his more aggressive tracks. A personal highlight of the night for me was witnessing all the crowd surfers. His fans are wild. I must have seen at least 15 or more young men and women fly over the crowd, only to jump back in once hitting the stage.

Truly a night I won’t forget. This show didn’t let me down.