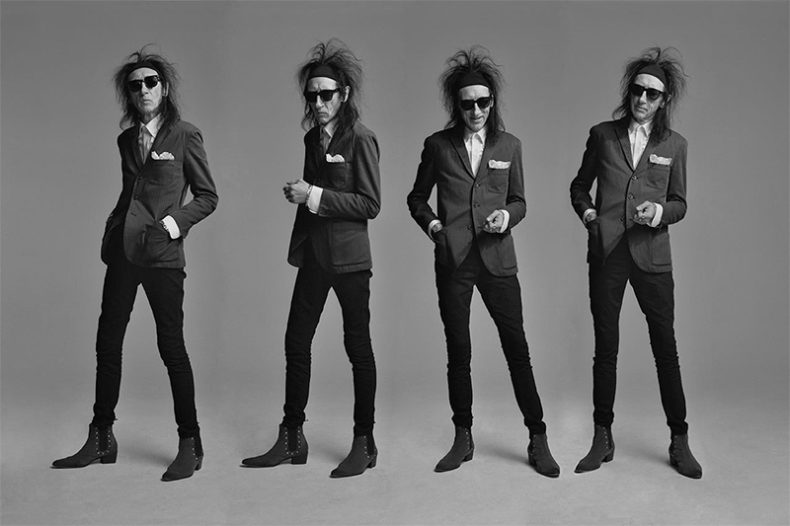 It was a night of Manchester poetry in Toronto on April 12, 2018. John Cooper Clarke made a triumphant return on a cold Thursday night, but for the near sold out crowd at Lee’s Palace, the weather did not matter, as the ‘Punk Poet’ of Manchester was on stage. Dr. John Cooper Clarke, the name he goes by now, was charming, funny, and delivered his poetry perfectly, well almost perfectly.

He did perform his well known pieces (“Beasley Street”, “Evidently Chickentown”) but also threw in some lesser known and newer pieces (the remarkably funny “Get Back On Drugs You Fat Fuck” and “Hired Car”).

But it was his stories and jokes that almost stole the show. His history of limericks were hilarious, and his observations of marriage were so funny that one forgot they were at a poetry show and thought they may have stumbled into a stand up comedy routine. However fear not, he was not all doom and gloom about marriage as he performed his brilliant “I Fell In Love With My Wife”, dedicating it to his current wife, as a closing number. 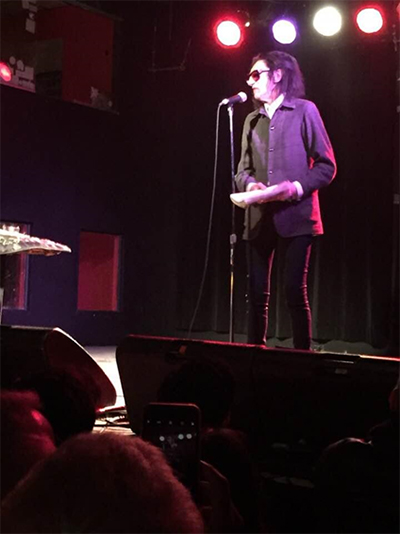 The opening acts did what they were supposed to do, and warmed up the audience. Son Of Dave, who is actually Benjamin Darvill, formerly of Crash Test Dummies, performed admirably with his harmonica playing.

Fellow Manchester poet, Mike Garry put in a solid performance, reciting his ‘dark’ poetry about loss that were moving, personal and brilliant. His humour shone through the melancholy poetry, and he held the audience captive, preparing for the main event.

The sound for the show was perfect as every word, actually every breath, could be heard. The staging was simple, as it should be for this type of performance. This contributed to its success.

It has been far too long since John Cooper Clarke has been in Toronto, but he has not lost any of his edge, talent, humour and energy. Clarke was honest, almost to a fault, and clearly appreciated the response and love he was receiving from the audience. An exceptional night, of exceptional talent. One can hope Clarke returns sooner than later.

Born and raised in Whitby, Aaron discovered music through his love of The Beatles. This led to a career in radio, writing for various publications, and ultimately a radio show about The Beatles (Beatles Universe), which ran for over four years. When not immersed in music, Aaron enjoys spending time with the loves of his life -- his wife Andrea, and daughters Emily and Linda (all of whom have an intense love of music too).
RELATED ARTICLES
lee's palacelive reviewtoronto