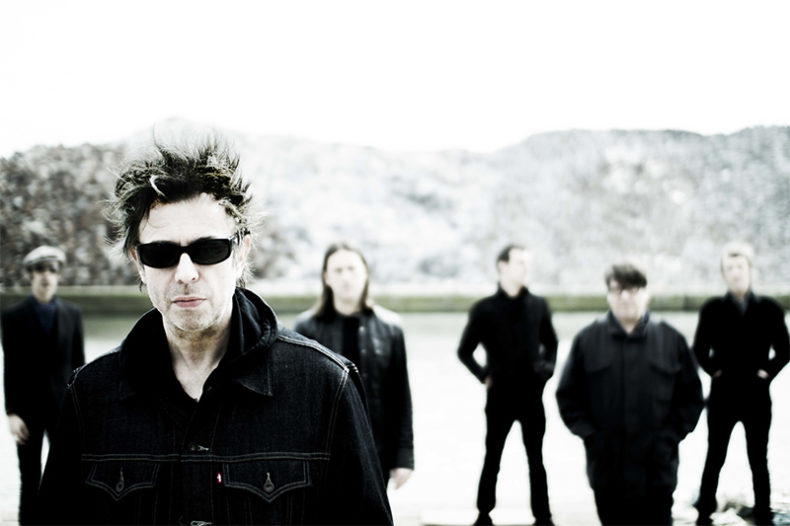 Echo And The Bunnymen w/ Enation

English rock outfit Echo and the Bunnymen have been making music since their debut album Crocodiles launched in 1980. Since then they have released 13 studio albums and have gone through numerous line-up changes in their somewhat tumultuous career. With their latest album release The Stars, The Ocean & The Moon, an album featuring re-imaginations of a number of their classic hits with a couple of new songs for good measure, Echo and the Bunnymen are touring the world again. They made their first stop on their North American tour in Toronto last night to a sold out crowd.

Echo and the Bunnymen are Ian McCulloch on vocals and Will Sergeant on guitars. Assisting in filling the stage and rounding out the sound are Stephen Brannan on bass, Jez Wing on keyboards, Gordy Goudie on guitar, and Nick Kilroe on drums. Together they form a well-honed and oiled machine that creates unique and diverse soundscapes that are at times heavily melodic rock driven with a distinctive ‘80s touch from their use of synthesizers. At other times, they evoke an earthy and tribal-like atmosphere with their music that is both captivating and alluring.

But before the Bunnymen took the stage, Jonathan Jackson from Enation entertained the crowd with his smooth and richly emotive voice and slick work on acoustic guitar. Seemed like what was supposed to be the band Enation as the show’s opener turned out to be just him playing solo. Not that the crowd seemed to mind as they warmed to the passion and warmth that he poured into his song. He took to the stage and launched into his set without fanfare or even introduction. It took people from the audience calling out to ask his name between songs for him to introduce himself. Although it seemed many in the audience were not familiar with him or his bands work, it didn’t take long for applause to grow for him continuously. 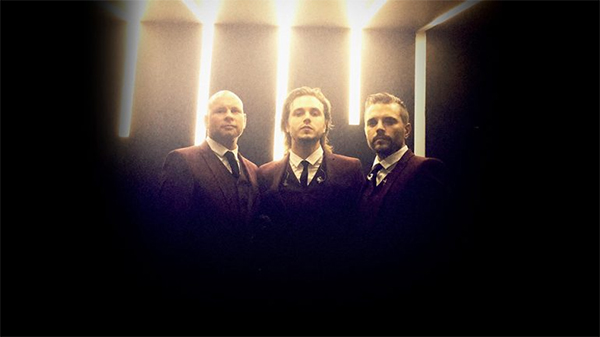 Soon it was time for what the crowd was waiting for. As the auditorium filled to capacity with eager and excited fans of varying ages – from teens, university-age, and an adult generation, the wonders of a band whose career has covered decades – Echo and the Bunnymen took the stage. They launched into fan favourites “Going Up” followed by “Bedbugs and Ballyhoo”.

The remake of “Bedbugs and Ballyhoo” is featured on The Stars, The Ocean & The Moon as were, of course, most of the songs played during their set. As this tour is in support of the new album, the updated versions of Bunnymen classics were the ones featured tonight. While exploring the remakes and reimaginations of classic tracks, many fans seemed polarized as to which versions they prefer. Though it may seem, while judging solely on the comments left on the YouTube videos, that fans appear to prefer the original versions, everyone in this audience seemed to adore the new takes on old classics.

A standout moment in the Bunnymen set has to be when they launched into “All My Colors (Zimbo)” which features a striking drum line by Kilroe that immediately stands out and is simply unforgettable. It is dark and rich and beautiful to listen to. Sergeant, who is remarkable to watch as he hammers out his guitar solos with aplomb, truly stands out in this song as well. 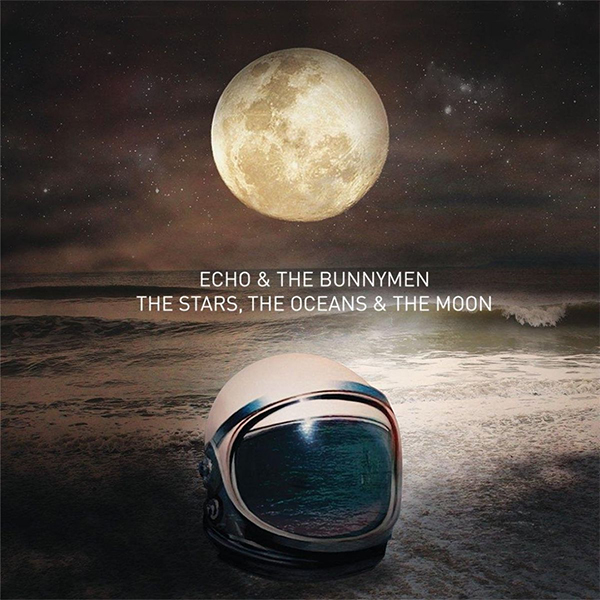 PURCHASE THE STARS, THE OCEANS & THE MOON

Part of the joys of this show was watching the band interact. McCulloch and Sergeant have a special friendship where they seem to joke on each other constantly – if only Sergeant could hear McCulloch when he called him out. Seemingly lost in his own world as McCulloch would call his name repeatedly to get his attention, Sergeant couldn’t hear him in his monitors. It was also great watching McCulloch interact with the crowd – McCulloch has a very distinctive Liverpool accent that can, at times, be a bit hard to understand but not when he was calling out a heckler. An individual in the crowd felt the need to call out a request to which McCulloch promptly replied that the song would come later and could he “appreciate the fucking songs like the rest of the crowd”.

And the heckler and the rest of the crowd did just that. The rest of the set included a few covers, including David Bowie’s “The Jean Genie”, and Lou Reed’s “Walk on the Wild Side”, as well as plenty of audience participation as everyone clapped and sang along with “Rust” and “Bring on the Dancing Horses”. They closed their set with a personal favourite, “The Killing Moon”.

To complete an already great set, Echo and the Bunnymen returned to the stage for a two-song encore including “Lips Like Sugar” which they extended and the crowd eagerly ate up, and “Ocean Rain”, a slower more down-tempo song which was an interesting choice they made for the last song of the night.

Despite a couple of unexpected interruptions from the crowd, namely two individuals who decided to jump up on stage to approach McCulloch and who were promptly removed by security, the show was a great success and Echo and the Bunnymen put on a lively and exciting show that no one will soon forget.

Samantha is both a writer and a fan of the arts and has been able to find numerous ways to pair the two. Eager to dive head first into writing for Spill, Samantha is an avid partaker and reviewer of live art in Toronto serving as an editor at Mooney on Theatre exploring live local theatre, she's a photojournalist for Been Here Done That, a travel, dining and tourism blog that focuses on Toronto and abroad and previously for Lithium Magazine. She's passionate about music, theatre, photography, writing -- not necessarily in that order. She drinks tea more than coffee, prefer ciders over beers, and sings karaoke way too loudly. You can follow her on various social media including Facebook, Twitter, and Instagram.
RELATED ARTICLES
live reviewthe killing moonthe queen elizabeth theatre