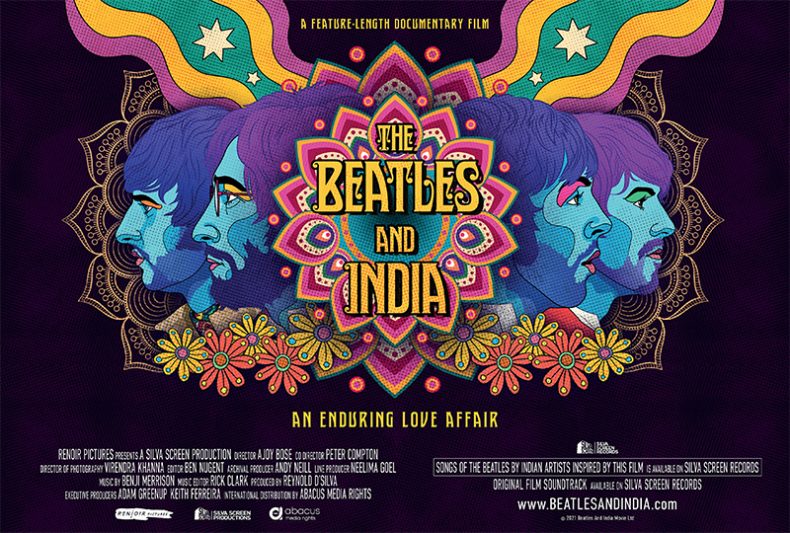 THE BEATLES AND INDIA

There are a number of unauthorized documentaries on The Beatles. Since the advent of home video, collections of public domain footage strung together with narration and odd instrumental music meant to sound like The Beatles have flooded The Beatles market. Some, such as The Compleat Beatles, actually make it to the big screens. Most, however, did not and are not worth the time and effort put into watching them. The Beatles And India is another unauthorized documentary, but it is very different from the others. This is a well-researched, and fascinating look at a specific time in Beatles history. The film also goes one step further to talk about the social impact of The Beatles visiting The Maharishi Mahesh Yogi’s retreat at Rishikesh, India in 1968.

Instead of utilizing the usual footage, directors Ajoy Bose and Peter Compton have unearthed footage that has not been widely seen. The film has its origins in Bose’s excellent book, Across The Universe – The Beatles In India, and as such a great deal of research had already been conducted. Bose and Compton utilize this research to dive deep into the story and interview people who were not only at the Maharishi’s retreat but also others who were impacted by The Beatles being in India.

The documentary is also excellent at putting the visit in context. They demonstrate Harrison’s — and by extension The Beatles — interest in Indian music leading to the famous trip. Utilizing audio interviews of The Beatles at the time, and current interviews of some of the people involved at the time, one gets a sense of how The Beatles eventually got to India to study mediation with The Maharishi. Through hearing from other musicians, actors, and fans from India who experienced The Beatles’ visit is also helpful to see how their trip impacted India.

The documentary holds the attention of the viewer and uses archival footage very effectively. In terms of music, the soundtrack is quite good, but they were not able to license the original Beatle music. That is what separates the unauthorized from the authorized. The addition of Beatles music would have been excellent at illustrating the points being made during the documentary.

The Beatles And India is an ambitious project. It serves to fill in some of the blanks still left in The Beatles’ story, and to a large extent the makers of the film succeed. While it may not be the final word on the subject – as only The Beatles have the absolute final word —  it does go a great distance in answering some of the questions fans may have about this experience. While it may not be as highly regarded as the recent Get Back film, which is, quite frankly, one of the best documentaries ever made, it has its own charm and there is a great deal to enjoy while watching it.

Born and raised in Whitby, Aaron discovered music through his love of The Beatles. This led to a career in radio, writing for various publications, and ultimately a radio show about The Beatles (Beatles Universe), which ran for over four years. When not immersed in music, Aaron enjoys spending time with the loves of his life -- his wife Andrea, and daughters Emily and Linda (all of whom have an intense love of music too).
RELATED ARTICLES
film reviewsilva screen recordssongs inspired by the film the beatles and india