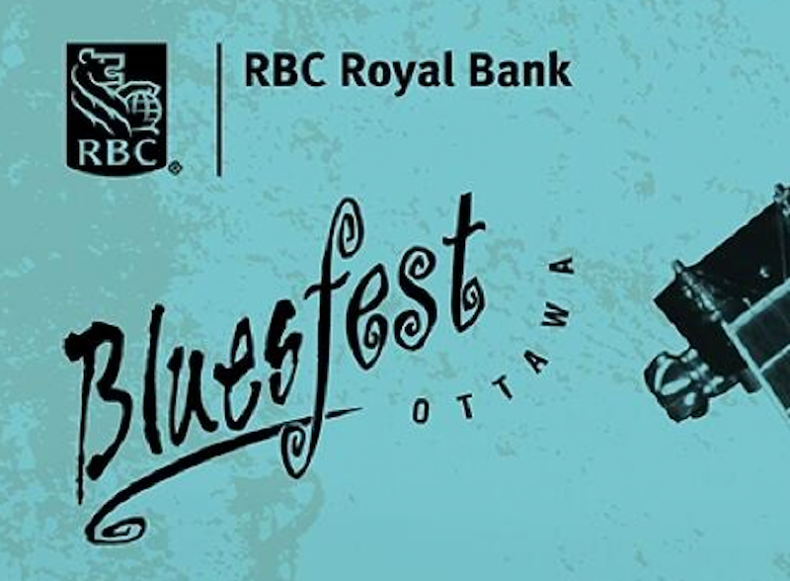 The rain started off light, as it usually does; floating almost as gently as a butterfly before bursting into a million little pieces alongside the apartment complex. The storm had positioned itself with pride directly above the greater Ottawa area, with the tiny droplets dancing on the rooftops of Parliament and on the children still playing in the street. The Parliament buildings, once visible from my hotel room, had been consumed by the grey rain. While Brazil trailed seven goals behind Germany, the rain poured as if a symphony was crying their woes.

But stepping out of the cab into a thick vortex, the soulfully resonant voice of David Monk pierced the haze. The Tokyo Police Club lead singer brought a warming presence to the sea of thousands of bobbing garbage bags that flooded their way further and further towards the stage (thanks to the weather, these attractive plastic bags sold out in no time). ‬

The indie-rock band from Newmarket had an electric connection with the audience. The energy was profound that you could actually feel the tension lift as they finished their set and left the stage. Surely if this was to be a dictation of the evening, we were in luck. While Styx prepared to take the stage, it seemed as though the storm’s end was nowhere in sight. With the high risk of lightening, many worried that the festival would end before it even really began.  ‬

‪It has been long rumoured in some circles that Styx might actually be one of the greatest classic rock bands. This may be true: they actually came out strong and shared a wicked, earth-‬twisting version of their classic “Suite Madame Blue”. I mean, this rivaled the album version and definitely had more balls. But shortly afterward, Styx moved beyond their classic repertoire and proceeded headfirst into a mash-up disaster. By very few means would I stretch to call the remainder of this a ‘good’ performance, but describing it as bad is just not right. As far as their musicianship goes, playing together for over 50 years will likely leave one quite accomplished. Some things, however, can simply not be ignored. Some time around when a double rainbow revealed its marvel over capital hill, the Chicago band took the opportunity to careen into a colourful cover collage consisting of “Can’t Always Get What You Want”, “Live and Let Die”, “Light My Fire”, and “Bohemian Rhapsody” to name a few. One may be reminded of a young relative playing fragments of classic songs in the living room on a secondhand piano.

It was after this when I became aware that this was clearly not the same the band that wanted to take me sailing away with them. I wouldn’t even get on a cruise ship with these guys. If the show must go on, when do you ask yourself whether or not you’re flogging a dead horse? Clearly, there is an audience for anything. As one savvy fan suggested, “When you’re done, you’re done.”

Hell, I won’t say they didn’t rock it and there is little doubt as to why they became successful – 2014 just isn’t their year.

With the rain still refusing to relent and the booze line growing ever larger, the Queens of the Stone Age made their presence known. ‬

“QUEEEEEEEEEEEEEEEEEEEENS!” could be heard from the crowd as they erupted into a stampede of mud and ponchos, a most excellent spectacle. It was high time someone kicked this show into overdrive and the towering Josh Homme was just the man to do so. The sensation of a thousand people rushing forward felt similar to lift off. The tone shifted from a blissful soggy somber into an engine of molten shrapnel. It didn’t take long before the storm vacated the vicinity, not that anyone would be the wiser to notice. The Queens were mesmerizing; rock stars true to form. For a solid hour they held Ottawa hostage and at least one unlucky patron was literally rocked off his feet. Paramedics had to relieve the poor soul with a wheelchair, which he proudly refused, stumbling out of the dense crowd and promptly to the beer tent (from which he was steadfastly denied access). We took this opportunity to further explore the grounds.

Making our way through the Canadian War Museum felt like a natural direction, regardless of whether it was the only one. This building was neutral territory with Queens of the Stone Age on the street side and David Heartbreak on the water. Sadly, there aren’t enough words to describe how bitterly unappealing this performance was. Censorship on live music is one thing, but inappropriately placed censorship is another. When your spoken dialogue is 85 per cent expletives that just makes you seem ignorant. When you are clearly sampling a radio edit for your remix, artistic integrity comes into question. Very rarely does a loud *BLEEP* sound good, much less when it’s coming at the end of the statement “I don’t give a F#&!” appropriately placed before a drop with similar auditory pleasures to that of a train wreck. If your electro-trance-dance dub-step remixes can’t even make the people in front of your 1000+w sound system move, it may be time to re-evaluate your career as an entertainer. One less DJ would likely go unnoticed.

Another element that will almost always never work out in your favour is to be stationed at the other side of the field from rock legend Don Felder. The former Eagles’ guitarist is quite nearly incomparable, much less so when he dawns a white double-neck Gibson SG and invites Tommy Shaw of Styx on stage for a rendition of the classic hit “Hotel California”. I’m sure there is little more that needs to be said for this performance; I simply don’t have the words to describe the sheer ecstasy that I felt.

Moving back towards the noxious congestion of sound drove us into the War Museum in refuge — at least the art was good. I can’t go further without mentioning the dozens upon dozens of young girls (I mean minors) wearing garments barely qualifiable as clothing. I’m all for any form of personal expression and if you want to walk around naked that’s really up to you. But nobody wants to see 14-year-old butt cheeks, kids. From the midst of this socially questionable herd we found our way back to the ever-welcoming sounds of Queens. Playing “Make it With Chu” into the night, their final songs were sent out with ensembles from the audience. The cell phones and lighters rose high to send off the rock stars. Now it was time for Foreigner.

There is a very certain breed of people that get crazy over Foreigner. No, it’s not the American Border patrol. It’s more of a middle aged, Laker beer drinking, no shirt wearing, hairy-chested uncle of a friend of yours. Though the older cats’ movements are marginally as rapid as the visceral youth, they party just as hard. This is good, especially for a band like Foreigner who came out swinging. After the Styx debauchery I really did not expect a great deal from Foreigner. I may simply have been so influenced by alcohol at this point that my analytical abilities were likely fading, but the performance was actually killer. The band had more energy than an act half their age and everyone was moving.

It may have been the hundreds of drunken mothers and fathers dancing on the spot, it may have been Head Games, but it was probably the beer. 50-year-old women were going mad, running around and smashing shit, falling all around. There was something magical happening and the few hundred people in my immediate area were entirely spellbound, as if someone slipped a nostalgia capsule into each of their drinks so they believed the year was 1979. And then it was over. Some women continued their stationary dancing and most men continued to drink; each of them visibly ravaged. With the vendors and stages shutting down, this was to be the end of the Tuesday night at the Ottawa Bluesfest; only 19 hours now separated us from Tyler, the Creator.

Fearless and well-traveled journalist with a penchant for the truth.
RELATED ARTICLES
featuresforeignerqotsa