Features
100
previous article
SPILL FEATURE: UNDER YOUR SPELL - AN INTERVIEW WITH CHIBI OF THE BIRTHDAY MASSACRE
next article
SPILL ALBUM REVIEW: THE JUNCTION - CITY NIGHTS 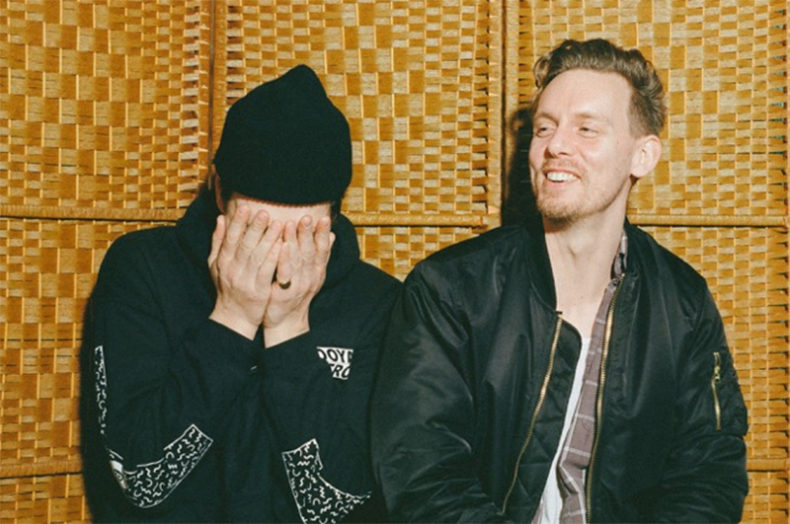 AN INTERVIEW WITH HUMANS

Robbie and Peter of Vancouver, BC started their project HUMANS in 2008. Since then, the duo has been very busy, touring, signing with Mom+Pop Records, collaborating with The Roots, scoring films, and even developing their own app where you can remix their song in real time. In between their busy schedule, Spill Magazine managed to catch up with the guys for just a moment.

The first thing I needed to find out was why the name and where did it come from. “Robbie had another band where one of his band mates wanted to call that band ‘People’” says Peter. When the group was discussing what to call their new project, Robbie brought it up and Peter responded “How about HUMANS”? It clicked and they stuck with the name because they loved the idea of humans making robot music.

I used to work for the Do Lab / Lightning in a Bottle, so I caught you guys at the Do Lab stage. Your performances are impressive. Tell about them. How do you like to differ from other electronic acts? What other elements do you include?

We usually do everything LIVE with samples, keyboards, mics and sequencers. I think that’s what makes us different from other acts. That Do Lab Coachella party was a little special, we put together a hybrid DJ/live set meaning we did a couple of our tracks with live elements mixing into tracks that we listen to and DJ.

Any particular stories from recent touring? Any crazy or inspiring moments that really jump out?

No. Just kidding! There was this one time in San Diego for CRSSD Fest, we could only get a flight that landed 20min before our set time.  The production manager wasn’t worried at all which we thought was weird. We waited for our luggage, panicking, smoking cigarettes outside trying to stay calm. By the time the luggage and the driver came, we had about five minutes left before we were supposed to play. We were nervous as F#CK but the driver was super chill. Three minutes later, he dropped us off with all the gear, and we got handed some nice cool drinks and went on stage. We obviously didn’t get to play live that time. If only every airport were that close to your destination every time. 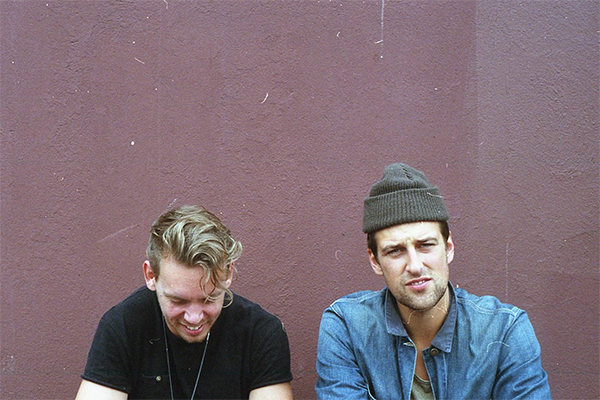 Tell us a little about “Water Water”. How did the EP come to be? How does it differ from your earlier work?

We wanted to work with Nik Kozub, who was the producer on Noontide, again. We went into the studio with him and recorded three songs, two that made it onto the Water Water EP, and another one which will be released later this year or early next year.

Can you share some background stories behind the music videos? Why the characters (i.e. the puppets)?

The puppets? It just seemed like a good idea at the time (laughs). We make all the videos, and want to keep making them if we are given the opportunity and time. We would love to work with other filmmakers one day, but handing over your branding and trust to someone else isn’t easy. So as long as we can produce them, we’ll keep them coming.

How did you connect with Mom+Pop? Are they going to be putting out your next records?

Our Agent Cal at AM Only put us in contact with Dana who was working with them. He said, “Drop everything you are doing and listen to this!” Dana did and loved it, and everything kept rolling from there. We possibly might work with Mom+Pop in the future.

You are not playing any shows right now. Does that mean we can expect new music?

Yes, we’ve been busy writing music for a new album and have been working on a feature film score for a horror film. We haven’t sat on this much material ever, so expect a lot of HUMANS coming out shortly!

You guys have an app. What’s that all about?

Have you tried it?! It’s the best and it’s free! You can basically make a remix of the track “At The Beach” on your phone. You can do it live and on the fly. If you plug your phone into speakers, it actually sounds pretty freaking good. We were not expecting that!

What other artists have you been listening to a lot recently?

I (Peter) have been listening a lot to Steve Lacy, Yellow Days, Homeshake. When I find things I like, I usually listen obsessively for a week or two then go to something else. Later on, I often find myself saying, “I know this song really, really well, who is it?”

What can we expect next from you guys?

We have two new singles coming out very soon accompanied with two music videos in VR. One live action and one fully animated. It’s going to awesome so keep your ears and eyes peeled.

We are also working on more videos to accompany other releases for later this year.

Dead Shack, the feature film we did the score for is getting into several festivals around the world, perhaps you can get the opportunity to see it then. We will also release the songs we did for it as an album at some point.

Lets be real. The music industry right now can be tough for newer artists. What words of advice would you have for young creatives trying to make it?

Do as much as you can on your own. Self release regularly, book your own shows and make sure people go to your shows and invite other promoters. Be nice to people (everyone), give shout outs, pay your friends and don’t rip people off.

Dogs or cats? both 😉

After majoring in business & entrepreneurship at UCSB and traveling the world, Andrew moved to Los Angeles to pursue music and not give up his love for surfing, hiking and yoga. He is also in a couple really cool, up and coming, indie-rock bands in LA - Mothlight & Lone Kodiak.
RELATED ARTICLES
featureshaven sounds inc.humans