SPILL FEATURE: FROM PIRATES TO THE FELL – A CONVERSATION WITH ANTHONY DE LA TORRE

FROM PIRATES TO THE FELL

Dead Men May Tell No Tales according to the latest film in the Pirates of the Caribbean movie franchise  but the opposite actually proved to be the case when I sat down for a chat with actor Anthony De La Torre. Anthony actually operates a dual career of actor and he is also the new singer in the rock band The Fell.

Tackling his occupations  I opened by asking him how could he explain his good fortune in achieving success in both jobs. Anthony admitted to me that for a young guy he had been very fortunate. Which of those career paths had opened first to him I wondered. He explained to me that the music had happened first in his life. He began at a young age. “I went around when I was 5 years old with my mum and we’d go to nursing homes and I would sing and dance Salsa and stuff like that because I’m Cuban.”

His acting introduction came along six years later when at the age of 11, he appeared on a show called Go Diego Go, which was a spin-off of Dora the Explorer. That was a mixture of both acting and singing for the young Anthony. ”So I guess they both happened at the same time sort of. I always wanted to do both.” He elaborated that he has worked on his acting as there is a lot of competition in the industry and that you have to work on your craft to build up your personal skills in an effort to be a step ahead of the rest. Anthony didn’t feel that it would become necessary to have to choose between acting and music as he continued to enjoy them both and he was currently able to successfully juggle between them. “Last year I shot three films and in between those three films I was recording an album, so you just have one week of doing this and then the next week you’re switching it up and shifting gears and focusing on something else.” 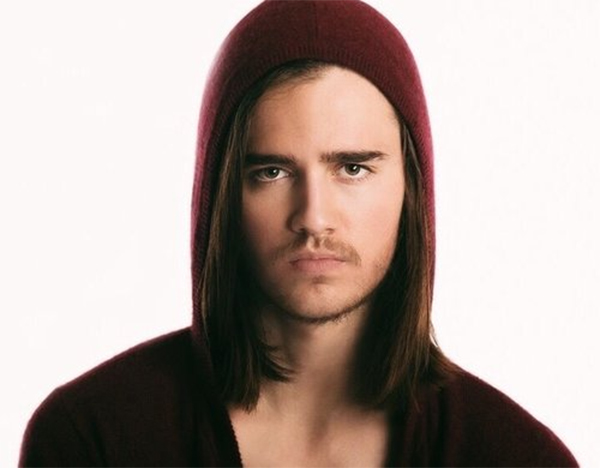 In Anthony’s band, The Fell, the audition and transition process from one vocalist to another seemed to be a very smooth process which occurred in a matter of just a few days. I’m sure that the audition process for  a Hollywood blockbuster was more of a complex process, I wondered  how did that compare. Anthony explained to me that he had always been obsessed with Pirates of the Caribbean. He researched for the audition by watching all the movies several times. “It’s a different process because I was going up I think against hundreds of guys so I was really, really lucky to be able to book that.” I tried to gain some exclusivity by asking Anthony that as he played a younger Jack Sparrow in the new movie had the director made any follow up plans to reprise the role. Yeah, that’s what I’m holding out for so fingers crossed on that one. Somebody has got to convince Jerry Bruckheimer that that’s a good idea.” As a young musician I was sure that it must have been quite an experience working with Billy Sheehan who is quite a legend. Anthony explained that he has not yet worked with Billy musically, but that they would be having their first musical rehearsals tomorrow.

“These guys are all seasoned, like they’re so ridiculously talented.  Nervous but also I think more excited than anything just to get to jam out with those guys; it’s going to be awesome”

Anthony explained that he was not too familiar with the sort of melodic rock music that Mr Big played. His brother did listen to some rock music, bands such as Disturbed and Linkin Park. When he was growing up.R+B was the music of choice for his sister. However, as he  grew up in a Spanish speaking household his family were mostly listening to Salsa music. Mike Krompass a fellow musician from the Fell helped him do some Billy Sheehan homework. He was very impressed with what he had seen. However, on doing some pre interview homework and studying previous interviews, Anthony had often referenced the band Linkin Park. I was keen to explore what effect the bands singers recent suicide had on Anthony himself. Anthony immediately became quite emotional as he revealed to me, “Yeah man, that was a really shitty day and it’s definitely still lingering. It’s so weird dude, it’s so bizarre. Linkin Park is the only poster I ever had on my wall of a band. I still can’t totally wrap my head around that that happened, it’s just weird, it’s so weird.”

Despite never actually having seen the band live it became immediately quite clear what an impact recent events had on Anthony. He shared a story with me that revealed how he had almost caught the band live. One Christmas his sister had purchased concert tickets for both himself and his brother. However his brother had been in a band at that time himself and he had a show on the same night. Anthony had to make a choice and he decided to support his brother instead then he wasn’t able to see Linkin Park. ”I can’t say that I regret it because I’m always going to support my brother but I would have loved to have seen them.” 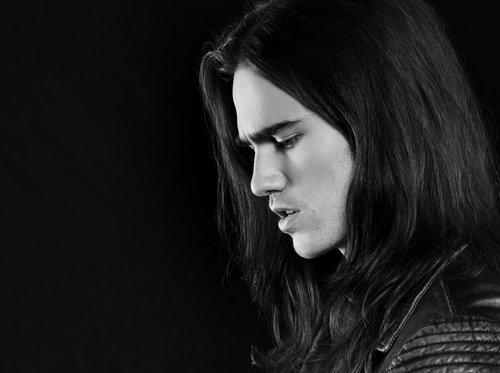 I was curious how Anthony had viewed the musical evolution of Linkin Park over recent albums. That for the band had seemed to create a division amongst their legions of fans. Despite being a fan of their early material even listing Hybrid Theory as his favourite album of all time he was mature in his conclusion that it was important for everybody to be true to himself. He stated that even as the band had shifted gears and gone in different directions that artists have to still do what they are drawn towards.

I returned the conversation back to Anthony’s current band the Fell. They already had an album recorded with another singer who appeared to have suddenly jumped ship very suddenly. When Anthony replaced him I was curious to find out if they had merely re recorded the entire album with his vocals or had he actually been given the opportunity to bring in some of his own material to the band .I am sure that with his background of songwriting that he would have been keen to get directly involved with the other band members in creating some new and fresh material. Anthony confirmed to me that the album had just been re recorded, however he did speak very positively regarding the songs that were already created and in existence. “I would have loved to have been able to start from scratch and just build songs from the ground up but I think you’ve got to respect the work that they’ve already done so I was happy to just jump on and do what I could with what they already had.” He did however share with me that the band were going to write more songs for the album which he was excited about.

I always feel that songs only really take on their own life when they are performed live before an audience. Therefore, I was keen to find out if The Fell had set up any touring plans to perform the songs from their debut release. Anthony appeared to be slightly in the dark on anything definite but was able to confirm that a couple of shows had actually been penciled in to the band’s touring itinerary as confirmed. A few others were in the process of being lined up for mid-September on the East Coast of the United States. 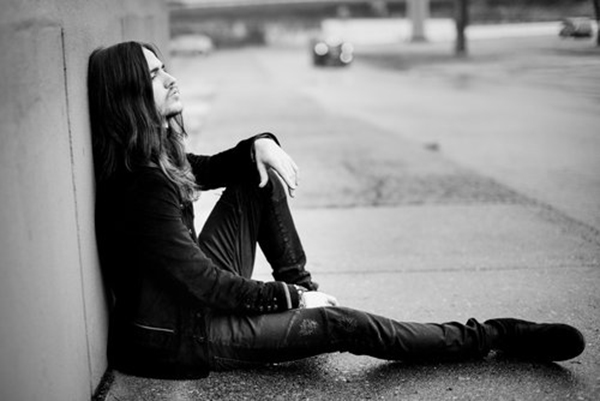 Returning to Anthony’s acting I was curious if the role that he played in the black metal film type documentary Lords of Chaos required a lot of acting or was he secretly a fan of that particular musical genre. He informed me that he previously had known little about it but as he researched for the role he was actually quite surprised and started to actually enjoy it.

“I think it’s a really, really amazing genre.” I suggested that it was a huge leap musically from the Justin Bieber songs that he had previously done on YouTube. ”Well, just a little bit different than Justin Bieber, but there’s a lot of similarities though,” Anthony responded. He explained that for any acting role that he had done you have to completely submerge yourself in the character role that you are going to be playing. ”Method acting” I guess he was trying to explain to me. With regard to the black metal musical genre he actually found that he enjoyed listening to it.” I’ve grown to actually really, really like it even though it was something that I was completely unaware of before”In my own personal experience. I had found that people either like it or loathe it and that there was no middle ground in terms of personal opinions on it. Anthony hadn’t mentioned anything about his own self-named band that were in the process of recording their debut album. I was curious also as to how that was developing,had it yet been completed or merely put on hold with all the other work activities that had been taking place in Anthony’s life at the present time. Apparently that release was currently on hold for the foreseeable future. Bringing the interview to a close I sought to get a little insight into the sound of the Fell’s album. What could we expect to hear from that when it came out .Anthony’s reply conveyed his obvious enthusiasm, “Man it’s all over the map. We’ve got some songs that will melt your face off with just pure rock and roll and then there’s other slower tunes that make you possibly shed a tear so it’s really all over the map, I’m super excited about it.”

He wrapped up by saying that the band had expected to release the album in February with possibly some touring around the UK.