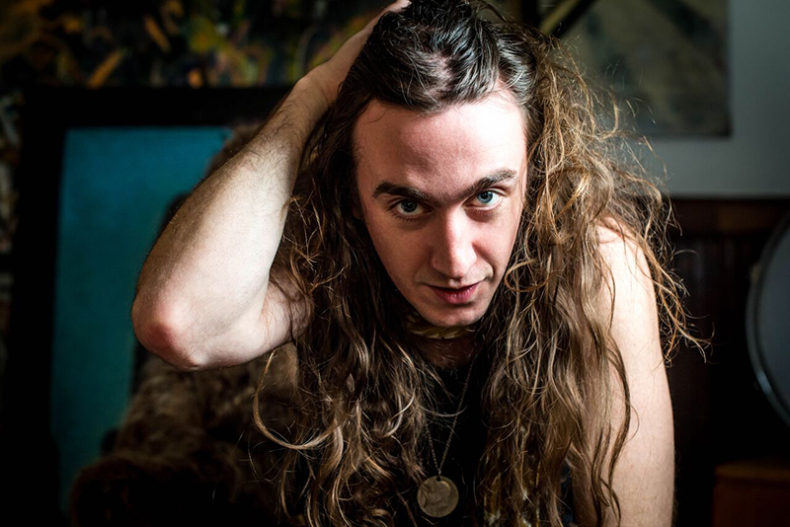 AN INTERVIEW WITH GEORGE MORRIS

There are two things you need to know about Mr. George Morris: one, he is a brilliant artist, and two; he is an avid hockey fan/scholar.

“I don’t like your hockey team,” he laughs during our telephone conversation. To be fair, he is from Detroit and therefore a Red Wings fan. He is also one hell of a nice guy. I spoke to Mr. Morris on the telephone recently as he gets set to release his third solo album (he has also issued two solo E.P.’s). He is remarkably easy to talk with about music, hockey, and the scene in Detroit, but he is not so quick to talk about his lyrics (more on that later).

George Morris hails from the fabled and almost mythological city of Detroit. This is the really the home of American Rock (Motown, Bob Seger, MC5, Fred Smith, George Clinton, even Sonny Bono). But it was another band from Detroit that really got George moving: The White Stripes.

“I was a classic rock snob, you know, The Beatles, The Who, Zeppelin…then in high school something different came out of Detroit. The White Stripes. They were very influential in that they taught me I could do that. Plus they made great music.” George started making music.

George Morris was all of 19 when he signed to Island Records with the band Satin Peaches. After earning the interest of Oasis manger, they signed a deal and landed a spot on 2007 Lollaplooza tour. Not bad for a bunch of kids just out of their teens. What was it like for a young music fan who in a few years had signed to a major label?

“Signing to Island at age 19 as a member of Satin Peaches? It was really the end of an era.  Record companies did not know what the hell they were doing, and we were one of the last groups signed during that era of signing everybody and hoping for a hit from somebody. The best part was having major label support for touring. The label was very helpful especially around the touring and publicity, but I also learned a lot being in a band signed to a major.” 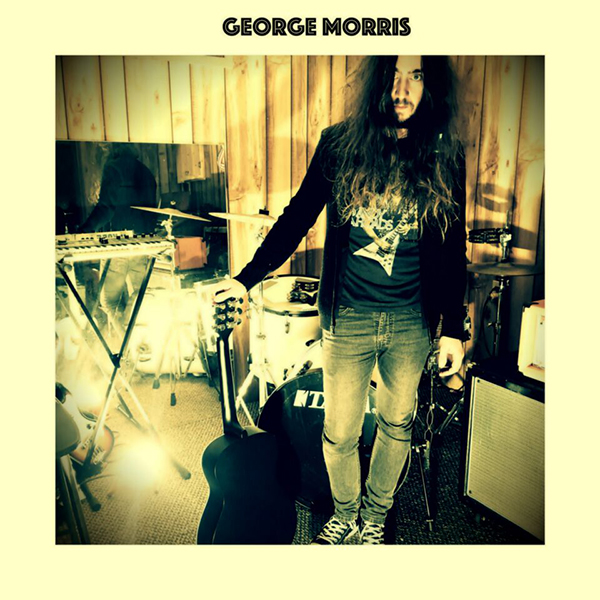 Following the breakup of the band, George began working on solo albums “enjoying that freedom”, he noted. He released his first solo album in 2012, Organ Solos, which was mastered by fellow Detroit musician Zach Shipps (Detroit Six, Mood Elevator). For his new release, he looked for an outside producer.

“I made two records before this and wanted to work with someone who knows what they are doing. So, I reached out to Zach. He has a studio, and everything, so it worked out.”

For the record, it was an inspiring choice; Shipps brings out all of Morris’s talents, and a brilliant album, George Morris, is the result. A musically strong album with some thought provoking, stunning lyrics about loss, growing old, surviving, and celebrating life.

“When it comes to lyrics,” he says, “I don’t think too much. I just write a little bit of truth but I don’t think a lot about the lyrics, really. To be honest, I am very nervous about my lyrics.” He should NOT be nervous, as they are one of the strongest aspects of the record.

This album is the first time he features his band The Gypsy Chorus. Featured on this album is Zach Pliska on drums and percussion, Helena Kirby plays piano and synth, Ronny Tibbs on guitar, and co-producer Zach Shipps adds guitar, bass and synth. They are doing weekend gigs around Michigan, but no dates for a tour are set yet. This is one band I will not miss when they come to town.

Listening to this album, one does hear ‘classic rock’ influences, but it does not mean the album sounds retro at all, quite the opposite actually. George takes these sounds and truly makes them his own. If anything, this album is timeless and will stand the test of time. But the question came to mind: what do you prefer, George? Vinyl, CD, Streaming, 8 track, cassette?

“I prefer to listen to music on vinyl, albums I like I buy on vinyl. I do like the convenience of Spotify, but for me, it is vinyl. Right now I am listening to a Brooklyn artist Frankie Cosmos, and her stuff sounds amazing, especially on record.”

There are no plans to release his new album on vinyl yet, but I sure hope that comes soon, as this album cries out for vinyl.

George Morris, the album and George Morris the artist should be top priority for music fans.  You can check out all of his solo albums HERE.

Now you know George Morris, a talented young artist out of Detroit who is putting out remarkable music and watching hockey.

Born and raised in Whitby, Aaron discovered music through his love of The Beatles. This led to a career in radio, writing for various publications, and ultimately a radio show about The Beatles (Beatles Universe), which ran for over four years. When not immersed in music, Aaron enjoys spending time with the loves of his life -- his wife Andrea, and daughters Emily and Linda (all of whom have an intense love of music too).
RELATED ARTICLES
featuresgeorge morris