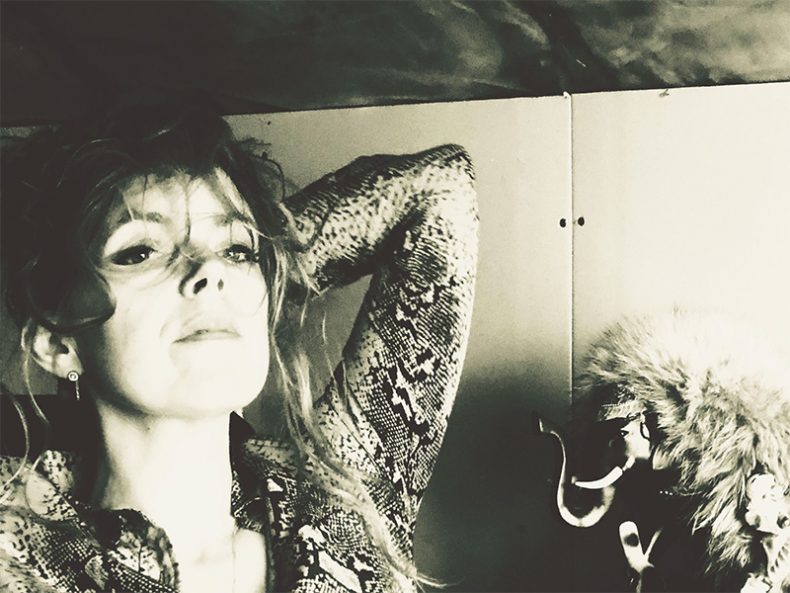 I’LL BE IN THE DEEP END

A CONVERSATION WITH JEEN

This October saw the release of a new album by independent Canadian rock/punk/pop artist Jeen, who began her music career busking in Toronto as a 16-year-old, and she has continued to write and create music from that time onward. Music has, therefore, been a major part of her life since her teens. Not one for a day job, she has followed the music instead. Her new album was recorded at Pro Gold in Toronto, and it is a full strength, 12-song opus.

‘Mostly, I write because I go crazy if I don’t write, and it calms me down. Writing helps for the job and also for mental health and wellbeing.’

The songs on the new album range in style and content, touching on themes close to the world of Jeen. “Haunted” is an interesting example, a song about growing up and youth; of losing innocence. It shows the maturity of the writing and also the hunger that remains within Jeen, the hunger to succeed as an independent artist.

Listening to the album it has a powerful, ‘big’ sound with the drums to the fore of the mix, allowing a strong, driving, bass rhythm sound. This can certainly be found on “Haunted,” but also in the rocker “Monster” and the indie rocker “For your Love.” There is also a poppy layer of synth played by Jeff Hisholt that comes to the fore on “Idols,” a light and cheerful number that is the straightest pop track on the piece.

Like most artists, Jeen has found lockdown a difficult time, due to the lack of the touring revenue, yet ‘touring was hard for me, I can’t compete without a big label,’ and like so many artists she has pulled the plug at this point.  Playing live, simplicity is the key, and for a sounding board, her husband and drummer, Stephan Szczesniak, functions as the quality control and sounding board. Jeen usually makes her albums by herself, lo-fi releases being recorded in her attic. But recently she has utilised the services of musician and producer Ian Blurton on lead guitar, who helped with co-production on this album. 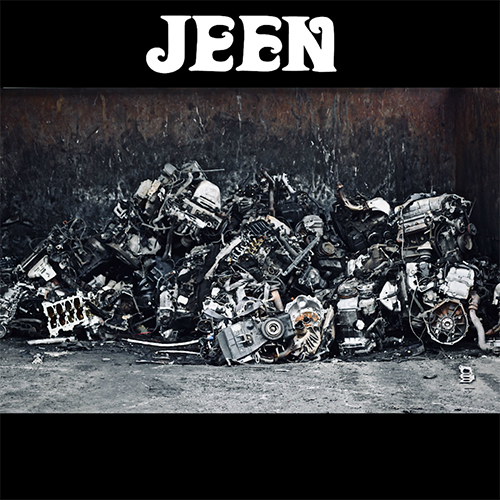 Jeen describes herself as a ‘drifter,’ albeit one who is very self-critical and seeks always to raise the bar on what she achieves; albeit acknowledging how times have changed.

‘Back in the seventies the biggest bands were nurtured, they had so much support from record companies. Now we have artists giving their music away for free…it’s really bleak. And you know where people are thinking something is given away for free, they feel they can abuse it, ripping it.’

In a way Jeen shows up the differences within a music business struggling to adapt to downloading music and remaining viable within the increasingly fluid modern market; where artists appear from nowhere on YouTube and then disappear just as quickly. In that world Jeen is a survivor.

There is a fiercely commercial feel to Jeen, her music is edgy, lying on the popular front of punk and friends slightly reminiscent of early Blondie. However, Jeen notes that, as seen above, the climate is now altered for bands. ‘Where now is the next Pink Floyd masterpiece? Things take time to make a classic, to make an impression, and as artists now we don’t have that time.’

As an artist Jeen looks around and then decides what she should do, so she is not an artist who will leave material on the back burner. Either the song makes the grade quite quickly or it will be cast aside.  Talking to Jeen, you sense just how well she knows the business, there is a gritty determination and a realistic approach, rather than starry-eyed romanticism. Her songwriting has gone beyond her own work, she has written material for a number of other artists, including: Great Big Sea, Serena Ryder, Hawksley Workman, and Brendan Canning.

At her most catchy, “Deep End” plays with the chorus and verse, keeping a smooth free sound and lyrics touching upon those most powerful of emotions.

That’s not to say that Jeen has lacked a profile, in the past she has successfully been used in ad placements for MasterCard, among others. Jeen works hard to try and get albums out back-to-back, but they tend to appear about every two years. Currently she’s making a new album right now, it is well on the way to completion with seven tracks completed. Jeen fans can also look forward to an upcoming release of a cover of The Pogues’ “FairyTale Of New York”, that will be released pre-Christmas.

The Spill Magazine is a Toronto-based online publication dedicated to covering the independent music scene with a strong focus on our thriving hometown talent. Our writers bring you up-to-date news, in-depth features on musicians and reviews for the latest CD releases. We also travel to the front lines for all local festivals including Canadian Music Week and North by Northeast. Don’t forget to check out our Facebook and Twitter pages for all daily Spill updates.
RELATED ARTICLES
featuresmolotov