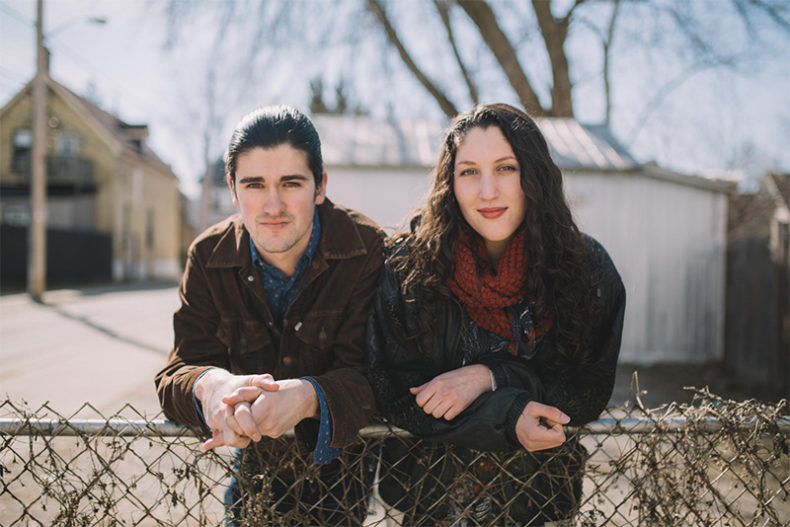 A CONVERSATION WITH TRAGEDY ANN

Guelph-based folk duo Tragedy Ann offer their listeners and interviewers alike a unique blend of authenticity and youthful enthusiasm that is equal parts endearing and refreshing. Though Liv Cazzola and Braden Phelan are new to the trade of professional musicians, there is a wisdom and measured reflection to their words that belies their ages. Speaking to me from Montreal on a day of rest from their ongoing Canadian tour, the duo spoke with earnestness and honesty about their creative process, the latest album Matches (released September 21), and their hopes for what is undoubtedly a bright future.

The genre designation of ‘folk music’, or any similarly specific, history-laden genre, can be problematic to many and so it was refreshing to hear Phelan’s take on the music that inspires him, as well as the music that he and Cazzola seek to write. “I love the feeling of a well-crafted song and a delivery with conviction” he said, “the way it can reach out and touch you in a completely personal and special way, and I think I am trying my best to do that as a song writer”. In similarly genuine fashion Cazzola was quick to point out that though there are many aspects of traditional folk music that should be celebrated, there is also a constant need in any genre, not least those with ancient roots, to evolve and change with time. “Seeing a folk band perform live is just unlike anything else and I feel a strong connection to that now” offered Cazzola, “but that being said I kind of come from the mentality of wanting to challenge what that means because traditional folk music is really wonderful and its important to keep that alive but I think part of that has to do with adapting to and expanding what that could mean”. This spirit of respect for folk’s roots amidst the possibilities offered by re-invention can be heard throughout Matches. 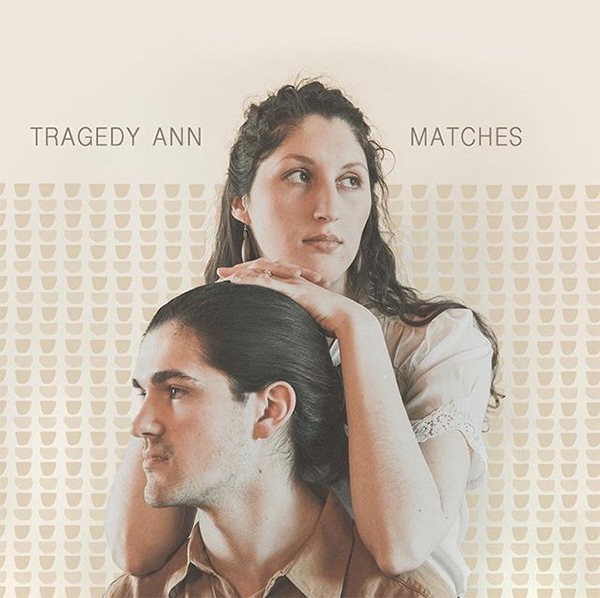 Recorded mostly “live on the floor”, Matches is a departure from the band’s previous work in the recording studio, this time seeking to find and create an album that sounded both organic and honest, such that “there are going to be warps on things and bumps and scuffs”. It is perhaps those bumps and scuffs that ultimately make this album such a compelling listen; there is a tendency amidst the sea of technological options available to performers to polish every song to a brilliant gleam, and so it is refreshing to hear a band not only seek out a more organic approach to recording, let alone an acceptance of their own flaws. Performing many of the instruments themselves, Phelan and Cazzola have created an atmosphere that is warm and gentle, amidst the bumps and scuffs, and though those flaws, particularly in vocal harmony, can seem at times dissonant, they rarely take away from the overall impact of the songs. Truth be told, there is a lot of the duo’s inexperience made obvious in their songwriting, but with such an earnest and often joyful approach to performing, that inexperience can be quickly forgiven. Given that they have only recently come to embrace this as the path upon which their lives are now being built, it would surprise me very little to hear the quality of their writing lose much of its naïveté as they continue to evolve and explore the reaches of their own potential.

Tragedy Ann are a band with a broad horizon and blue skies ahead of them; with such a genuine and honest approach to song-craft and performance, there is little doubt that the road ahead of them is one that they will share with many a moved audience and many an inspired listener.

Br. lives in southern Ontario, grew up on The Beatles and The Journeymen, spent his adolescence immersed in grunge, and his adulthood in British alternative. His greatest joy is seeing his son dance and grow into his own appreciation of the indescribable joy of music...
RELATED ARTICLES
featuresguelph