SPILL FEATURE: BIG, BLUE AND MAYBE SOMETHING NEW – A CONVERSATION WITH JAY SEMKO OF THE NORTHERN PIKES

Features
310
previous article
SPILL FEATURE: YOUNG, RELEVANT AND GLORIOUS - A CONVERSATION WITH THE GLORIOUS SONS
next article
SPILL #CONTEST - WIN A PAIR OF TICKETS TO SEE HOLLERADO ON OCTOBER 19! 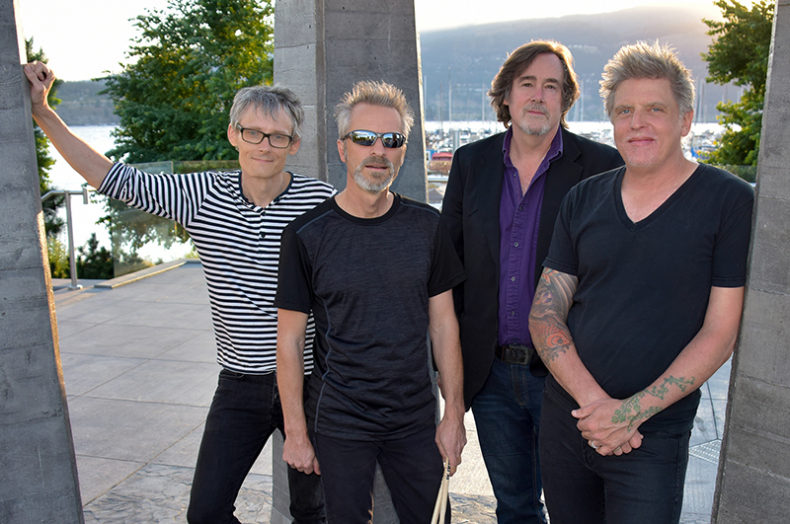 BIG, BLUE AND MAYBE SOMETHING NEW

A CONVERSATION WITH JAY SEMKO OF THE NORTHERN PIKES

It must be my old age, because I have a hard time believing that The Northern Pikes’ classic album, Big Blue Sky, is 30 years old. But it is. And to celebrate, The Northern Pikes have regrouped with the core three (Jay Semko, Bryan Potvin and Don Schmidt) and new addition Kevin Kane (of Grapes of Wrath fame) to embark on a Canada wide tour in celebration of the album and to promote the new Super Sized version of Big Blue Sky.

The Northern Pikes got their start in Saskatoon. The band (which also included original member Meryl Breck) were very active from 1987 until 1992 when they announced they were stopping as a band. Each member went on to solo success, but in 1999 the band was asked to assemble a greatest hits album (Hits and Assorted Secrets, 1984 – 1993), which resulted in the band reuniting, touring and recording three independent albums. In 2017, it was time to revisit the past once more for the band, as they get ready to release Big Blue Sky (Super Sized).

Recently I had the opportunity to have a conversation with Jay Semko (writer, vocalist and bassist for the band). He is one of the founding members for the band that came out of Saskatoon, Saskatchewan, which was where he was when I spoke with him.

“In the beginning I was the primary writer, “ Semko remembers. “Bryan didn’t write at first, but then bloomed. But for the first two independent releases, I was writing. We were in Saskatoon and with the help of Mitch Barnett who got us these great deals with Studio West Studios in Pike Lake, Saskatchewan. He would record us late at night, and I was writing a lot of songs. 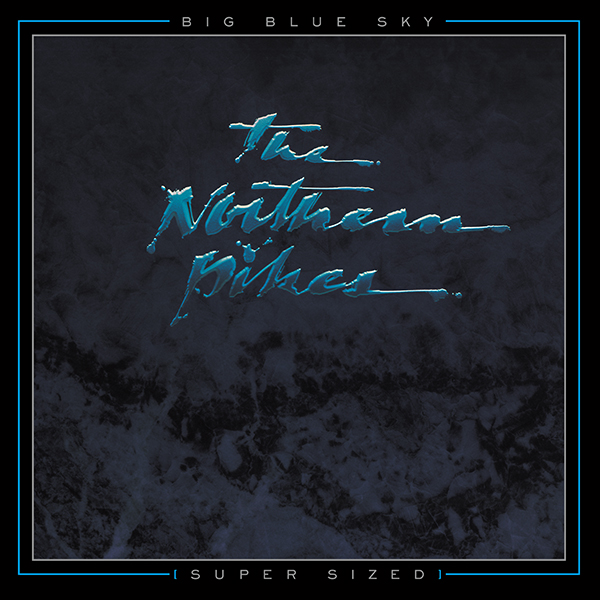 “So our first two indie releases did really well and charted high on some stations. When you write, you hope you have songs that people like. In the fall of 1985 we played Toronto and there was this buzz about the band and we felt like ‘hicks from the sticks’. By then Fraser Hill was our manager and there were all these A and R guys there, but we just kept playing and playing.”

This did lead to a signing to Virgin Records in 1986 and by 1987 The Northern Pikes were ready to release their major label debut.

“By the time we recorded Big Blue Sky, we had a wealth of stuff. Going back to put this collection together we discovered all of these demos that had not been recorded for this album or any other album. So we decided to make the reissue huge. We got Peter Moore (Grammy Award winning producer) to clean up the tapes, but we did not add anything. No new overdubs, the demos were left as they were.  They are what they are,” insists Semko.

“Then we had this live tape of us at The Horseshoe Tavern in Toronto. I love it there, one of my favourite places to play. This had been recorded for a live radio broadcast for CFNY radio (now, The Edge in Toronto). So, everything fell into place and we had the package.” 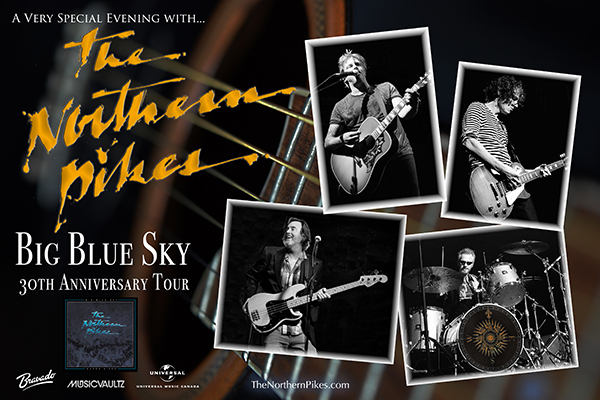 This also means a coast to coast tour for the band. This means some changes for the band in terms of technology and the fact that some of the songs have not been played by The Northern Pikes in decades.

“Yeah, I am getting my cheat sheets ready. It’s funny, I have not listened to some of these songs for 25 years, but as soon as i start playing them it comes back. They are there in my memory. But yeah, each member has their homework to do. We begin rehearsals in Nova Scotia and go from there. We are just looking forward to being a loud rock band. We still connect with each other after all these years.

“But also on this tour we are using ear monitors for the first time. We have back up monitors, but we had them moulded to our ears so it should be ok. We have tried them before but those had not been custom fitted so it did not work so well, so we will try again.”

Besides reminiscing, this tour is a little bit of a family affair for Semko.

Since the Northern Pikes are back touring, does that mean we can expect some new music from the group?

“The original core of us playing got us back to being a jam band, Kevin from Grapes joins in and we play. On this tour we are playing the entire Big Blue Sky album, but in the first half, we are doing some greatest hits and album stuff. But we are also looking at doing something new. So, hopefully a new album will arise from this.”

New music from The Northern Pikes, will be very much welcomed. In the meantime, I have three albums worth of material to enjoy and a show at The Mod Club in Toronto.

Born and raised in Whitby, Aaron discovered music through his love of The Beatles. This led to a career in radio, writing for various publications, and ultimately a radio show about The Beatles (Beatles Universe), which ran for over four years. When not immersed in music, Aaron enjoys spending time with the loves of his life -- his wife Andrea, and daughters Emily and Linda (all of whom have an intense love of music too).
RELATED ARTICLES
big blue skybig blue sky (super sized)features
8.0