SPILL FEATURE: ALL HAIL TO THE DUSTMAN – A CONVERSATION WITH STEPHEN EVENS 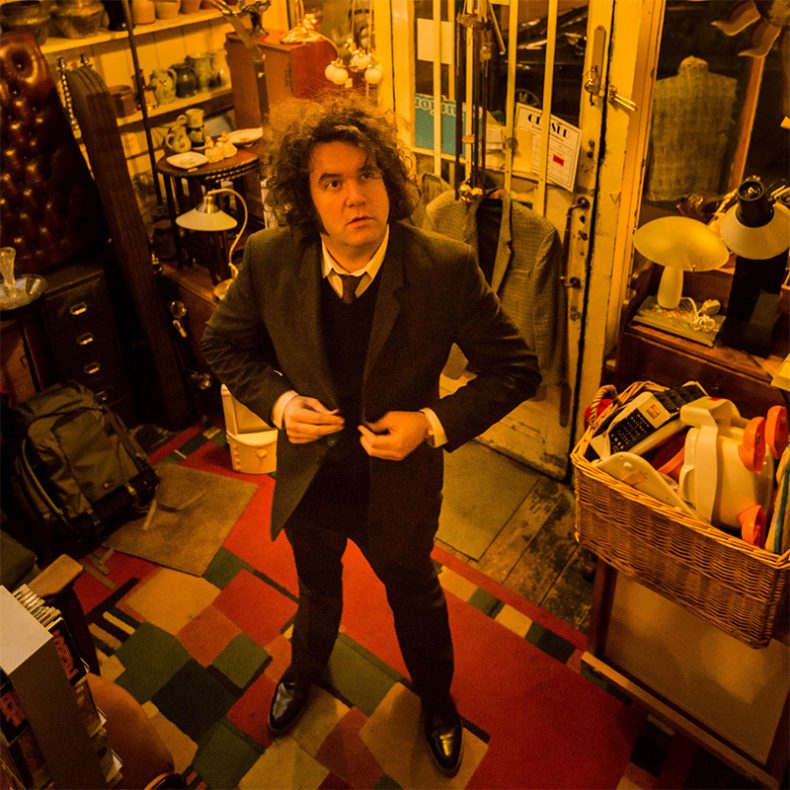 ALL HAIL TO THE DUSTMAN

A CONVERSATION WITH STEPHEN EVENS

“He’s me. I am him. An exaggeration perhaps or mostly the part of me that is the show off. I picked the name because I thought it was clever. Even Stephens, Stephen EvEns, the other name I thought of was Casio Speedwagon. I could have just used Stephen Gilchrist, but who cares about that guy?” So says Stephen Gilchrist, also known as Stephen EvEns, during our recent conversation. He is a musician who has quite an extensive history, best known as the drummer for Graham’s Coxon’s touring band, and is probably on one or two of the albums sitting in your collection.

In 2017, Stephen EvEns’ first solo album, Bonjour Poulet, was released. EvEns is not just a drummer, he is a creative force. “I think the first record might feel a little more insular compared to Employee Of The Month, definitely lyrically and musically the arrangement’s a little more sparse. I always ask my talented friends to join in when I can, plus it even included my Mum playing timpani on a tune, so it definitely has a fair share of guest appearances. I was a little surprised compiling this new record, that it felt much more like a band effort. Maybe that’s the difference.”

Employee Of The Month is the new Stephen EvEns album. “Caroline Gilchrist, Nick Howiantz, and Jon Clayton all worked on it in some capacity,” but it is still a solo album. It is also an incredible one, full of great stories and characters. “I had already written a few songs about work, “I Hate Shop” that is on this album and “Light Ale” which is on my first EP, and I had an image in my mind of those boards you get in supermarkets where they show a picture of the store manager or ‘Employee Of The Month’. Most people who dedicate themselves to their art or music also have a nine to five. They might be a shocking employee or just a regular, disinterested wage slave, because that’s not what they do. They might be a painter, or make music, or act, or do comedy. They do it like their life depends on it–they are ‘Employee Of The Month’.”

The songs on Employee Of The Month tell stories and create characters. One such character is the Dustbin Man .“Dustbin Man was written long before this crisis began. I’m not usually one for political songs, but even before COVID it should have been obvious to everyone that those who literally hold our society together and run our country are the least rewarded. These are the first to be asked to tighten their belts whilst others are given tax breaks and over inflated salaries-a-plenty. Sadly as we are settling into the “new normal” I fear that people’s memories will prove to be remarkably short and no amount of clapping on your doorstep is going to change that.” 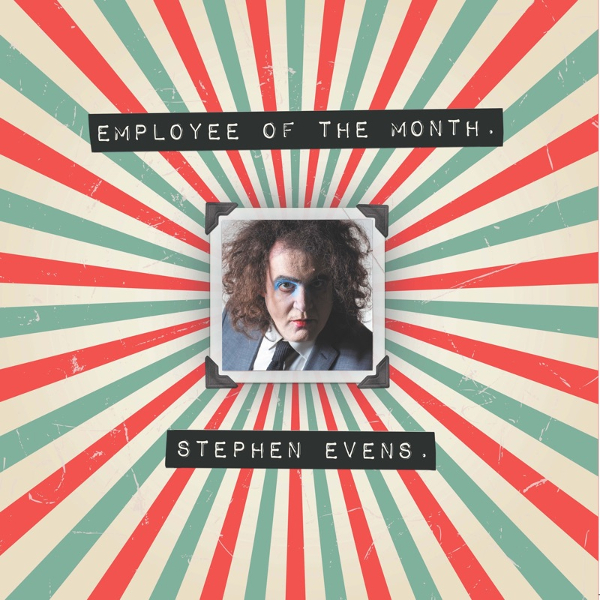 EMPLOYEE OF THE MONTH ALBUM REVIEW

EvEns’ characters are based on reality, and in some cases, real people. One of the highlights on the album is the tender and beautiful  “George And Kathleen”, which “was written using the love letters that my grandparents wrote to each other during a period of separation when he was living with his parents and my grandmother was living on the Isle of White with her grandmother. My wife and I would lie in bed with this big box of letters, reading them to each other; charmed by the use of archaic language, the way they politely expressed their desire for each other and also several banal bits of information that they would include about their day.”

As EvEns points out, it was a very different era and people communicated in different ways than today. “They were written at a time when you wouldn’t just call up for a chat or send a text message. This was a back and forth communication where they would write every day or so.  It was very challenging but ultimately a very rewarding task trying to convey the flavour of several months correspondence into just a few verses and immortalizing them in a song. I feel sorry for the songwriter of tomorrow who may try to do the same for their grandparents. How are they going to work with LMAO and dick pics?”

As with most artists, Stephen EvEns has hopes for the album,  that it resonates with an audience. “I hope people will listen to it. Obvious answer perhaps, but I want them to get it and to love it. Then come see me and my band play the songs and then come again and bring their friends. All I want to do is justify its existence.  If nobody listens to it then does it really exist? You know, in that if a tree falls over in the woods kind of deal. Nobody wants to do a show where the band out-number the audience. Plus I put a lot of myself into these recordings, it’s hard not to feel attached to them.”

As with his first album, Employee Of The Month is an independent release. There are no big budgets behind this record. Instead, EvEns embraced a do it yourself method, and in so doing, created an incredible album, of which he, quite rightly, is proud.

“You know what I love about this record? It sounds EXACTLY how I wanted it to sonically. I wanted it to be fuzzy and cramped. I think it’s quite charming in a grubby-faced little boy kind of way. I set out to use a deliberately cranky 8-track tape machine. I liked the limits, I like watching the reels spin, I like what comes out of the speakers off those rusty ribbons. It broke down a lot more than I expected but it gave me time to do a lot of headspace work to it. I think it’s better as a result.”

“If the album gets to the end and they want to flip it over and listen to it again immediately, then I would be extremely happy. I hope that it charms them musically and that some people can identify with it lyrically. Any album I discover that I love, I want to play to my friends in the hope that they will get it too. I’d love it if somebody bought this record for someone who they thought would like it. I think that’s the highest compliment.”

Born and raised in Whitby, Aaron discovered music through his love of The Beatles. This led to a career in radio, writing for various publications, and ultimately a radio show about The Beatles (Beatles Universe), which ran for over four years. When not immersed in music, Aaron enjoys spending time with the loves of his life -- his wife Andrea, and daughters Emily and Linda (all of whom have an intense love of music too).
RELATED ARTICLES
dustbin manemployee of the monthfeatures
8.0