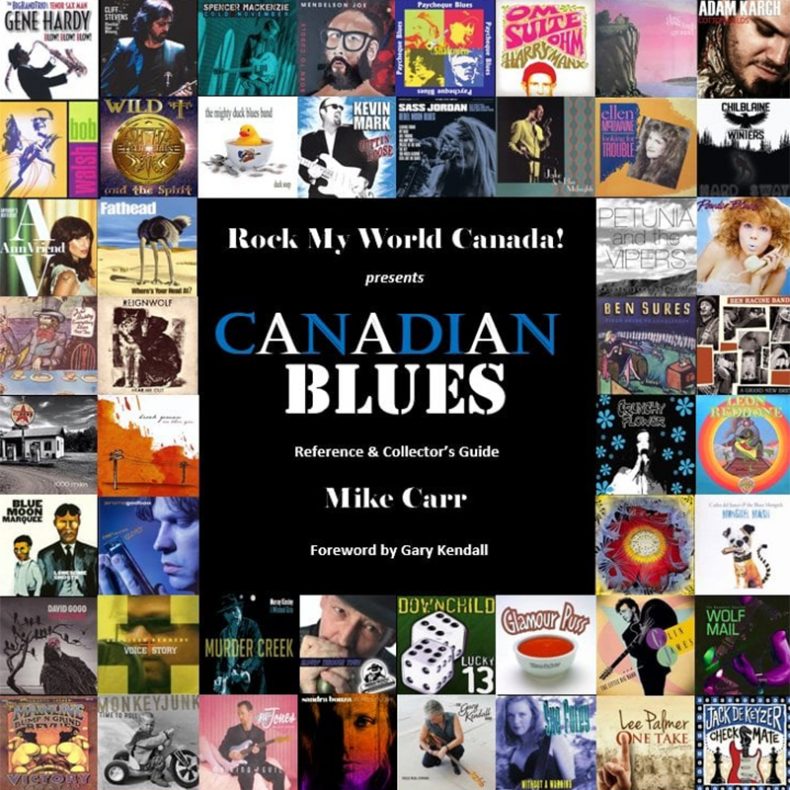 Canadian Blues Reference & Collector’s Guide, by ambitious superfan Mike Carr, is a meticulously researched work of love and passion by the author, and his dogged seven-year research journey has certainly paid off.

The resulting book is a worthwhile and valuable addition to anyone’s research library, documenting an important but underappreciated genre of Canadian music history. With a foreword by highly-regarded and longtime working Canadian blues musician, legend Gary Kendall (Downchild Blues Band, Gary Kendall Band), along with assistance from Canadian music stalwarts like journalist Alan Cross, Canadian blues and roots record label head Holger Peterson (Stony Plain Records), along with Terry Parsons, it’s hard to find anything missed, as far as any blues recordings ever released in Canada are concerned.

This comprehensive and historic reference book on Canadian blues began with Carr’s childhood fascination with album covers and liner notes, which is now a somewhat lost art in today’s digital music world. The 258-page book focuses on displaying the cover art of each Canadian blues album ever released, and includes over 2,800 album covers, along with the discographies of over 700 artists. From well-known departed and sadly missed musicians such as Long John Baldry and his albums Wait For Me in 1969, and It Ain’t Easy in 1971, to Big Sugar’s Eternity Now, released in 2020, and McKenna Mendelson’s Stink in 1969 to David Clayton Thomas’ first solo recording in 1966 titled Like It Is, released before his successful teaming with American R&B/Pop band Blood Sweat & Tears. There are also lists of Canadian blues festivals, societies, record labels, and even an autograph page for live music fans, hoping to see their favourite blues musicians playing live again, sometime in 2021.