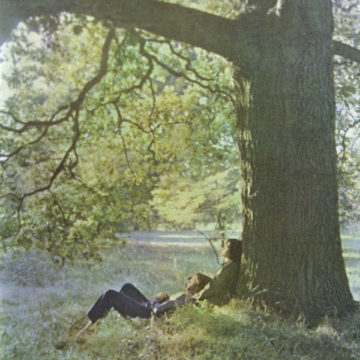 Yoko Ono’s first solo album, which was recorded during the recording of John Lennon/Plastic Ono Band. It was originally released on the same day as John’s album. Once again, Secretly Canadian and Chimera music have brought this album back for the first time on vinyl since November, 1970 (it was reissued on CD in 1997 with bonus tracks, featured on the new CD reissue of this album). They have done a remarkable job with the reissue, including a booklet featuring rare photos of John and Yoko. Beautifully packaged and the record has been beautifully mastered.

Yoko utilizes the same back-up band Lennon used on his companion album (with the exception of “AOS”, which features Ornette Coleman and his band). The playing from Lennon, RIngo Starr and Klaus Voorman is beyond belief. Listen to the opening track, “Why”, where Lennon’s guitar turns into Yoko’s voice. It is brilliant. This album proves that Lennon could play guitar when he wanted to (or was inspired to). Also, Starr never pounded the drums like this before or after. Listen to the last song on the album, “Paper Shoes”. Phenomenal!

Now the music. Not experimental as the first three albums Yoko completed with John (the first two have been reissued as part of the same Yoko Ono Reissue Project), but again not your standard rock album. The album rocks, but Yoko’s vocals may not be for everyone tastes.

That said, this is an incredibly important album. The list of artists who cite this as an influence are numerous, and it has aged remarkably well. It sound more contemporary in 2016 than it did in 1970 (listen to “Greenfield Morning I Pushed An EMpty Baby Carriage…” and tell me that does not sound like it came out of a dub band this year).

Again, not for everyone’s taste, but if you want to hear the origins of punk, here it is.

Born and raised in Whitby, Aaron discovered music through his love of The Beatles. This led to a career in radio, writing for various publications, and ultimately a radio show about The Beatles (Beatles Universe), which ran for over four years. When not immersed in music, Aaron enjoys spending time with the loves of his life -- his wife Andrea, and daughters Emily and Linda (all of whom have an intense love of music too).
RELATED ARTICLES
album reviewsjohn lennonringo starr
8.0