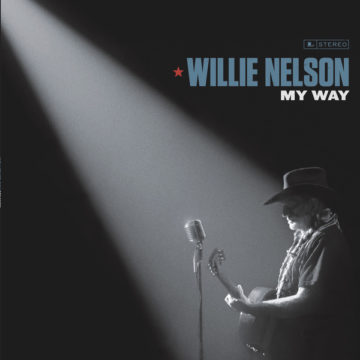 I don’t know about you but when I hear the name Willie Nelson, I immediately think country: rolling hills, campfires, acoustic guitars and long beards. However, at the age of 85, this Texas-born outlaw has released an eleven-track album of Frank Sinatra standards ironically called, My Way.

As Willie Nelson’s second album release of 2018 following Last Man Standing back in April, an album of self-composed numbers receiving high praise from critics, it is surprising that country bumpkin-cum-crooner, Nelson has chosen for his 68th studio album, to cover someone else’s songs. Said to be a tribute to his good friend, I can’t help but feel that we have lost another legend to the Great American Songbook. Sir Rod Stewart, who released five volumes of standards back in 2002, was accused of ‘going soft’ by his musical peers however these songs seem to be to ‘go to’ material for the aging, raspy voiced rockers.

Once you get past its lack of originality, My Way is a quaint and well performed collection of obvious Sinatra choices. It Was a Very Good Year suits the well-travelled, much-lived character of Nelson’s vocals. Its title track carries a somber tone, with its slower tempo and subtle orchestration you are drawn to the sound of a tired and old man. Could this be an intentional message to the music world, could Nelson have purposely closed his album with this ‘goodbye’ as a musical announcement of retirement? Time will tell.

From London to Liverpool and back again, Lynda-Louise has gained a masters degree in The Beatles and managed bands and events throughout London and England. An avid gig goer and Sir Rod Stewart fanatic, this budding journalist enjoys music of all genres but especially that of the 1950's and '60s.
RELATED ARTICLES
album reviewalbum reviewslegacy recordings
9.0