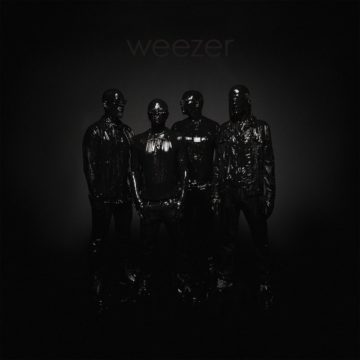 After an upbeat cover album of mostly ‘80s hits, fans may have expected Weezer to explore a darker, grungier side on their self-titled Black Album, possibly returning to their alternative rock roots. These fans would be wrong.

Black Album is full of catchy music that unfortunately fails to really make an impact. Just because some songs contain profanities does not mean the music is heavier or more memorable than anything on the Teal Album or White Album. Many of the songs are utterly forgettable and sound like any other radio-friendly pop song. Two especially bland ones are “Living in L.A.” and “California Snow” – there is nothing that characterizes these songs as uniquely Weezer.

The quirky humour that defines much of Weezer’s work is still present on Black Album. However, some of the goofy lyrics can seem meaningless when they aren’t connected to a greater theme, as if Cuomo is just writing random words about nothing. However, it isn’t all bad. Songs like “Can’t Stop the Hustle” and “Zombie Bastards” are surprisingly fun to listen to, “High as a Kite” showcases Cuomo’s strong vocals, and “I’m Just Being Honest” is reminiscent of the cheeky cleverness seen on earlier albums.

Overall, Black Album is a weaker release by a band that seems to be lacking direction. Despite some catchy highlights, too many songs are skippable with uninteresting music and empty lyrics. It is possible that Weezer can produce more than just goofy pop songs, but their last few releases have not shown this.

Kieran Davey is a freelance writer and music enthusiast from Vancouver, Canada. He particularly enjoys alternative rock, groovy hip-hop, and basically any music from the 60's. Aside from reviewing music, he also loves playing guitar and spending time in nature.
RELATED ARTICLES
album reviewalbum reviewsatlantic records
8.0