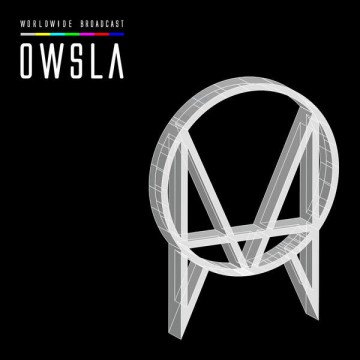 This certainly is a long way from when Moore released his first work, My Name Is Skrillex, as a free download in 2010. Just over a year later, Grammy Award nominations and wins followed for Moore, as did the announcement of the creation of OWSLA, founded by Moore/Skrillex and Tim “Bitvargen” Smith, Kathryn Frazier, and Clayton Blaha.

Skrillex fans will find that the pieces on Worldwide Broadcast aren’t be a great departure from Moore’s previous works. Frenetic pieces such as G-Buck’s “B.O.B,” Barely Alive’s “Back to Back” and “666!” By Getter & Ghastly stand out as the collection’s more interesting, high energy tracks. Ethereal and floating compositions such as “Alright” and “Pretty Bye Bye” allow the listener to take a breath between the seizure-inducing pace of the other works.

An educator who also tries to introduce others to great music. It's a never ending job.
RELATED ARTICLES
album reviewsmust die!owsla
8.0