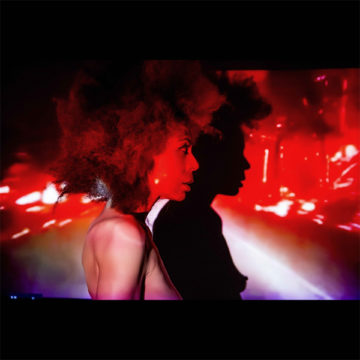 Valerie Renay
Your Own Shadow
Independent

Your Own Shadow is Valerie Renay’s debut solo album. She has released a couple of singles in the past two years but is better known as one half of Noblesse Oblige.  For Your Own Shadow,  she goes it alone, with help from well known producers. The album is comprised of soulful electronica music, that is a direct result of her past musical involvement  and her current locations, both musically and physically (i.e the countries in which she resides and performs).

Co-producer Alexander Paulick-Thiel (Kreidler) brings in his style of layered deep synth roots, which allows Renay to incorporate this backing with her angelic vocals. The combination is stunning. Famed DJ and producer Ian Pickering contributes lyrics to one song (“Speed Of Blue”) but make no mistake this album is entirely Renay.

Having spent the last few years travelling throughout Europe and South Africa, she has accumulated styles and sounds that add to the layers throughout Your Own Shadow. Listen to the influence of Berlin on “Sailor”. Renay is able to incorporate the sound and influence of that city and the music into her own style.

There is not a great deal of variety throughout the album, but there are twists and turns throughout to keep the listener intrigued and interested. It is the type of album that requires many spins to fully appreciate it. That is because it is so layered and dense. Listening to Your Own Shadow is a wonderful experience.

This is Renay’s solo debut. She has gained a lot of experience over the years, but this album demonstrates what she is able to produce on her own. Noblesse Oblige has produced some very fine music, but here Renay stretches out artistically, takes a few risks and has come up with a very strong album.