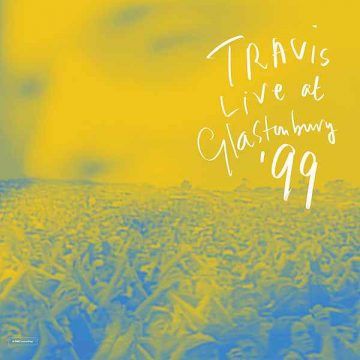 “Why does it always rain on me/Is it because I lied when I was seventeen?” These lyrics echoed in the heads of many Britpop listeners in the late nineties. This year, Travis celebrates the 20th anniversary of its breakthrough with the release of Live at Glastonbury’ 99, in addition to reissuing expanded editions of The Man Who.

The year was 1999 and Travis was preparing for the release of its sophomore record, The Man Who, which followed its 1997 debut, Good Feeling. Together since the early ‘90s, singer/songwriter Fran Healy, guitarist Andy Dunlop, drummer Neil Primrose, and bassist Dougie Payne believed their now legendary Glastonbury performance was “a literal washout”, however the presenters of the festival thought otherwise. Although the crowd was drowned out in the rain, ironically enough, when the melodic guitar strums of “Why does it always Rain on Me” were played, the sky opened up and the crowd went wild, singling out Travis as the performance of the festival.

“U16 Girls” is the epitome of Britpop, with its strong lead guitar and classic rock feel. The solo weaves and waves heavily full of reverb as the wailing wawa effect creates a psychedelic feel to an otherwise rock-based tune. “As You Are” is a dreamy, slow-paced melancholic piece whose clean guitar strums enchant the audience (you can hear them clapping along in the background). It has a delicate, warm guitar solo with Celtic influence, at some points even sounding like a fiddle.

The most captivating aspect of Live at Glastonbury ‘99 is that it is obviously recorded live, offering an organic synergy of the moment. It has a gritty feel and Healy’s banter sets the mood of the festival, transporting listeners to that very special day in 1999. Travis’ Live at Glastonbury ’99 is a record not to be missed, as listeners old and new will appreciate its magnetism and ambiance.

After borrowing her parents’ 35mm Yashica film camera and never returning it, Kristen discovered her love for photographing artists, particularly live performances. She spends her free time playing with her golden retriever and buying too many plants that she doesn’t have room for.
RELATED ARTICLES
album reviewalbum reviewscraft recordings
9.0