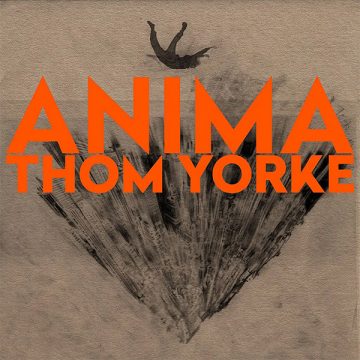 Radiohead frontman Thom Yorke, who has sold millions of records and won his fair share of awards, is back with another solo release entitled Anima, his first since 2014’s Tomorrow’s Modern Boxes. Teaming up with long-time producer Nigel Godrich, the album takes the listener through a dark and tensional void birthed by Yorke’s unsettled mind. When Area 51 UFOs decide to take over the world, Anima will be blaring from the flying saucers.

Yorke’s extra strand of musical DNA combined with his other-worldly repertoire, is unusual. His film-scoring ability launches this melancholic effort into an alternate universe. The album hits creative light speed and flows together like the opposite winds of a devastating tornado, leaving behind the competition in cloud of cosmic disappointment.

You can’t help but paint a vivid picture of the dark and broken world that is sprawling all over the electronic soundscapes that make up Anima. Melancholy isn’t powerful enough to describe the almost apocalyptic feeling the project puts forth. Tracks like “The Axe”, “Twist” and “Runwayaway” portray the intensity and urgency Yorke delivers in a fashion that is seen less and less as time goes on. The end of the world is coming, and Thom Yorke is the one who scored the masterpiece of the world’s inevitable demise.

J.D. McIvor is a journalist covering Arts & Entertainment whenever possible. Serving a genuine passion for the arts, McIvor is constantly looking to bridge the gap between creativity and the importance it plays in our everyday lives.
RELATED ARTICLES
album reviewalbum reviewsradiohead
10