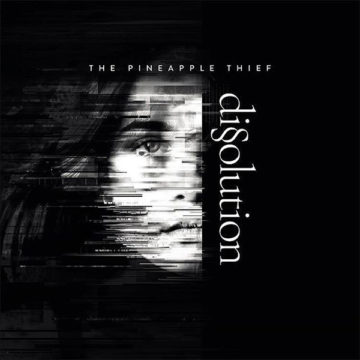 It is a terrifying image, the thought of a group hanging out while each one of them has their eyes glued to their phones. We have all become zombified by that bright blue light, the screens of our cellular devices sucking all of the beauty out from the “white mist” of the world around us. The Pineapple Thief’s new album Dissolution emphasizes this notion that we are all tech-driven addicts. With a powerful message behind passionate drum beats and angsty guitar riffs, this album is sure to set a mood that rock fans around the world will greatly appreciate.

For all of its dark melodies and gloomy subject matter, Dissolution is oddly soothing to listen to. Actually, it’s immensely soothing, so much so that it becomes easy background music to put on during a rainy day when one craves peace of mind. Lead singer Bruce Soord’s serene vocals accompanied by David Torn’s soft guitar riffs, make for an interesting almost ironic contrast with its lyrics of war, pain, and violence just to name a few.

One of the tracks that sticks out is “Far Below”, with such a catchy melody and a slow yet commanding drumbeat of which dominates the album sparked by guest drummer Gavin Harrison. Another song that leaves an impact is “White Mist”, an eleven minute long masterpiece.

Overall, this is a beautiful album with intimate tracks that stir a range of emotions which, in the end, is the best thing an album can do.

Simone Torn is a 22-year-old college graduate and aspiring writer. She lives in Chicago with her four puppies and twin sister. The two spend their time making up song parodies and traveling as much as they can.
RELATED ARTICLES
album reviewalbum reviews
8.0