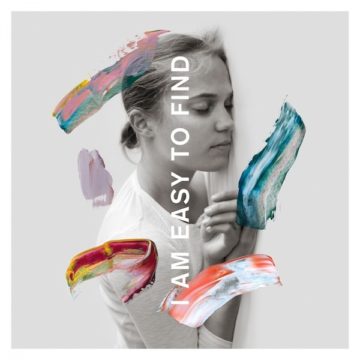 The National
I Am Easy To Find
4AD

After several phenomenal albums and a recent Grammy win for Best Alternative Album, The National has raised the bar. Their eighth album I Am Easy To Find represents continuity and change, contrast and unity wrapped up in one ambitious release.

At 63 minutes and 16 tracks, this is the longest release by the band thus far. It also represents a shift in how The National creates music – while Matt Berninger’s commanding baritone has defined much of their music, I Am Easy To Find sees Berninger sharing the stage with other voices. More than 21 musicians are credited in this album (orchestral string sections aside), including Sharon Van Etten, Gail Ann Dorsey, Kate Stables, Lisa Hannigan, and Carin Besser, Berninger’s wife.

Additionally, this is the first National album where an external collaborator has acted as producer for its entirety. While production duties have often been the responsibility of songwriter and multi-instrumentalist Aaron Dessner, this time the reins were shared with Mike Mills, director of the 24-minute film also titled I Am Easy To Find.

The result is an album that remains distinctly The National, yet brings in a breadth of sound not previously seen. While some of their trademark elements (brooding vocals, distorted guitars, creative drum patterns, and rising tension) are still present, these are used in new and unexpected ways, providing a fresh spin on a familiar sound.

Lyrically, I Am Easy To Find still delivers The National’s obscure imagery and introspective musings, yet with a newfound lightness. This shift is especially clear after the dark, ruminating soundscapes of Sleep Well Beast and can be strongest felt on title track “I Am Easy To Find”, which directly contrasts the song “Hard To Find” from 2013’s Trouble Will Find Me.

I Am Easy To Find is the sound of a band growing and expanding, taking a new direction to their music while retaining their essence. After a long and very successful career, it is a delight that The National can still surprise us.

Kieran Davey is a freelance writer and music enthusiast from Vancouver, Canada. He particularly enjoys alternative rock, groovy hip-hop, and basically any music from the 60's. Aside from reviewing music, he also loves playing guitar and spending time in nature.
RELATED ARTICLES
4adalbum reviewalbum reviews
9.0