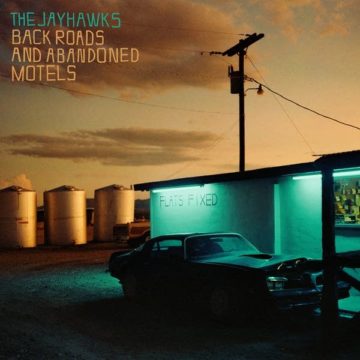 The Jayhawks
Back Roads And Abandoned Motels
Sony Music

For their follow-up to 2016’s Paging Mr. Proust, The Jayhawks have returned with country flair on Back Roads And Abandoned Motels. With the band’s tumultuous history, their 2016 release was the first following their second hiatus, effectively making this their sophomore album for their current era.

Back Roads And Abandoned Motels opens with “Come Cryin’ To Me” – perhaps one of the strongest songs on the record. Guided by an upbeat groove and rich rhythmic chords allowing for Karen Grotberg’s warm vocals to gently cruise over, the song is further aided by soft accenting horns and has a slightly funky step to it while also feeling reminiscent of the work of Fleetwood Mac. Unfortunately, however, what made for an excellent alternative take on the country genre on “Come Cryin’ To Me” is completely absent from the rest of the album.

Rather, The Jayhawks take a much safer and more traditional approach on the album. There is nothing wrong with that; after all, ballads like the album closer “Leaving Detroit”, along with “Gonna Be Darkness” to name a few are brilliantly written and highly emotive. That being said, “Come Cryin’ To Me” leads the listener to expect something drastically different from Back Roads And Abandoned Motels. Instead the rest of the albums is nearly all ballads and lacking of energy.

All things aside, Back Roads And Abandoned Motels is not a bad album; The Jayhawks continue to prove that they are great songwriters within the country genre, but as a whole, the album is a slow burner that doesn’t seem to even approach the excitement and unique nature of the opening track.

A passion for music has always been a part of Gerrod’s life. As a young boy, he was raised on a steady diet of the music from The Chili Peppers, Aerosmith, The Stones, Prince, and others from his mum. Raised in the GTA, Gerrod continued to foster his love for music by attending a wide range of concerts and learning the drums. His unapologetic passion for music has no bounds and has spread to a wide variety of styles, whether it be the 90’s rock that sound tracked his teenage years, the jazz he studied in university, or his newfound love for hip-hop. He recently received his bachelors in music and education from York University and is passionate about writing and reviewing good (and less than good) music. Gerrod is also the drummer and songwriter for a Toronto based rock & roll band, One In The Chamber.
RELATED ARTICLES
album reviewalbum reviewssony music
9.0