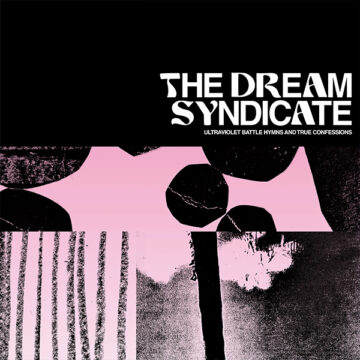 The Dream Syndicate came, dropped a few brilliant modern psych albums (The Days of Wine and Roses, would be quite enough), including one of the best live albums around (Live at Raji’s). They went away, and then suddenly came back a few years ago as if nothing has really happened.

And that certainly includes the quality of the music they are coming up with, as their latest, aptly-titled Ultraviolet Battle Hymns and True Confessions shows. Along with ‘the usual crowd,’ lead by the guitarist/vocalist Steve Wynn, the band now includes Chris Cacavas, the old Green On Red keyboardist and solo artist in his own right.

So, what is there to report? Well, nothing much really, which is actually very good news, since The Dream Syndicate have not lost any of their musical edge nor the willingness to explore all the sides of psych rock, from yesteryear to modern times.

It also seems that along the way, the band has gained an extra edge, coming up with a batch of their most memorable songs in recent times. It is great that these guys are still around.

Formerly a lot of things, including a journalist and a translator, currently a freelance writer living in The Netherlands.
RELATED ARTICLES
album reviewalbum reviewsfire records
9.0