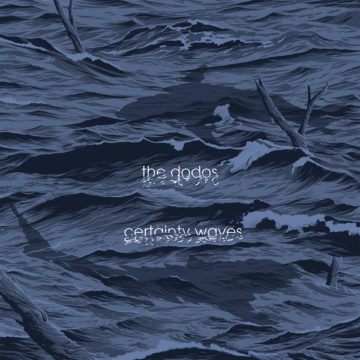 The commencement of Certainty Waves is a renaissance. The rebirth of sound, The Dodos’ 7th album begins with a disorienting, neutralizing amuse-bouche. “The Forum” clears your throat, readies your pistol, it’s the foundation for its listener. All at once, we are unpacked and unprepared. The tempo of sketchy electric guitars, mathematical drum kicks, and Meric Long’s voice is just so forward, so explosive. We are disoriented, falling through a void – only to reach “Center Of”. The acoustic guitar calms us, sets us down to Earth. An undulating riff, it’s sinking and calming – as to tell its listener it’s going to be alright, to put things in perspective. “SW3” splits the album perfectly, sheds light on who may have influenced The Dodos on their new experiment. Certainty Waves combines some of my favourite breaks in music, its ebbs and flows as a mature exploration of growth. “Sort Of” is the encapsulation of everything, although not the ending. It is the retrospective of life and death. Celebrating the birth of his son, and mourning the death of his father, this album is the limbo, the melding of chapters, the coping of crisis and the return to meaning. The Dodos have achieved a valiant comeback with Certainty Waves, a release of emotional distress with a light at the end of the tunnel.

Originally from NJ, Nicholas is an architect residing in Toronto. His most memorable moments in music: Crying during Roger Waters set at Newport Folk Festival, Nas performing all of Illmatic at Governors Ball, and Manchester Orchestra performing Cope in a church in New Haven, Connecticut.
RELATED ARTICLES
album reviewalbum reviewspolyvinyl
7.0