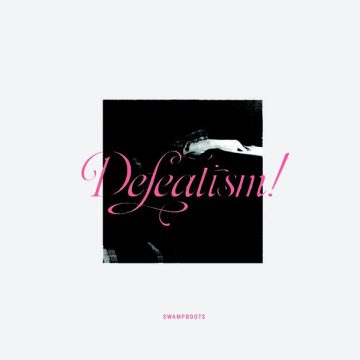 What do you expect when you hear of a band with the name Swampboots? I expected a southern rock band initially, but you don’t get that at all from their debut album. It’s more of a blend of Blink-182 with some Kings of Leon mixed in. They’re coming at you with their first album Defeatism!,and it is a very strong outing.

The tone and musicality is very punk, like Blink, and their vocals sound almost just like new Blink-182. The lyrics here are deep. Swampboots has some serious jams on this album. “Cecilia Stahr” gets you amped and makes you want to sing along, but the album then kicks into a higher gear when they bring on “Salvage.”

This band is brand new, and I really can’t wait to see where they end up after a few years together. Swampboots, you have impressed me thus far.

The Spill Magazine is a Toronto-based online publication dedicated to covering the independent music scene with a strong focus on our thriving hometown talent. Our writers bring you up-to-date news, in-depth features on musicians and reviews for the latest CD releases. We also travel to the front lines for all local festivals including Canadian Music Week and North by Northeast. Don’t forget to check out our Facebook and Twitter pages for all daily Spill updates.
RELATED ARTICLES
album reviewalbum reviewsdead stare records
9.0