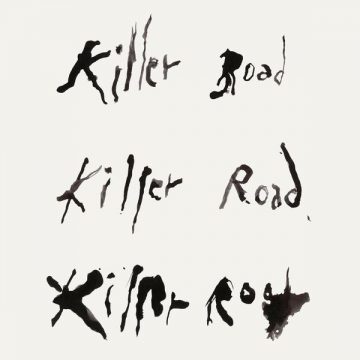 Killer Road is a concept album conceived and created by Soundwalk Collective, Jesse Paris Smith and Patti Smith. It focuses on the death of vocalist Christa Päffgen, early collaborator of The Velvet Underground, better known as Nico.

Nico died of a cerebral hemorrhage on July 18th of 1988. After falling off her bicycle due to a heart attack, she hit her head, fell unconscious and died later that evening after being misdiagnosed with heat exposure at a local hospital in Ibiza where she was vacationing at the time.

Patti Smith recites spoken word renditions of Nico’s lyrics rearranged over ambient music and cricket noises throughout the album. It is a pleasant, if slightly creepy, experience. Later in the live section of the album Smith sings in a particularly haunting fashion, adding to the eerie atmosphere of the already jarring piece of work. Fans of either Nico or Smith will enjoy the tribute and as a concept album it is an interesting piece of art. Musically the album is enjoyably trancelike though it is not entirely accessible. There is no storytelling on Killer Road. The songs are loosely connected lyrics read as poetry and though it can be quite powerful it can also be confusing.

“My Heart Is Empty,” the second track on the album, is mostly accompanied by cricket noises. Smith whispers out the lines of this track slowly but surely, building up a wonderful tension that keeps you hanging onto every word. On the other hand, when it’s over you are unsure if you just listened to a song or an audio recording of a piece of performance art. That feeling is prevalent throughout the album, possibly making it a difficult listen for audiences not interested in performance art, Patti Smith, or Nico. “Secret Side” is a more musically ambient track on which Smith performs very well. Her spoken word is varied and fits the strange tones of the music. “I Will Be Seven” is one of three live tracks featured on Killer Road. It is slow and methodical, beginning with Smith repeating “I will be seven when I meet you in Heaven.” “I Will Be Seven” is one of the few times Smith sings on Killer Road. When more melodic vocals do come up they are no less prone to feeling like performance art than the spoken word pieces are. Some interesting things are done with these vocal lines, sometimes more for the sake of being interesting than being good music.

Though there are no great club hits or emotional ballads on Killer Road, the team behind it created something different and special. The album is worthwhile for what it is, which is a wonderful artistic tribute to a pop culture icon.

Daniel Mallett is a young journalist from London, Ontario pursuing a career in arts and entertainment writing. He enjoys music, theatre and visual arts and hopes to learn as much as possible about the artists working in Canada today. Mallett is also one half of the Toronto based folk duo Howl & Other Problems.
RELATED ARTICLES
album reviewsnicosacred bones
9.0