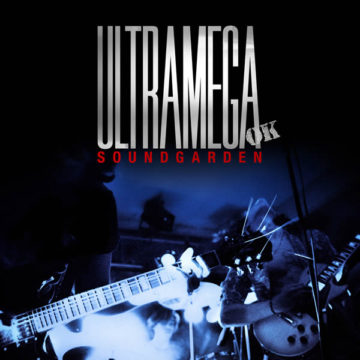 Ultramega OK, originally released in 1988 on Greg Ginn’s legendary SST record label, was somewhat of a disappointment to the legendary alt-rockers who spawned it. Despite the album earning a Grammy nomination for Best Metal Performance (a major accomplishment for a debut album on an indie label), the band wasn’t content with the final mix. It was agreed that they would sit down and remix the entire record for a new pressing. Unfortunately, this would take much longer than they anticipated. After the Ultramega OK tour came to an end the band was offered a contract with A&M Records and released a slew of popular albums during the heyday of Grunge and Alternative Rock and the rest is history.

Finally in 2016 Soundgarden acquired the master tapes to their debut LP and set up the time to give Ultramega OK the mix is deserved. The band hooked up with Jack Endino, the legendary producer who helped establish iconic Seattle acts like Mudhoney and Nirvana.

The result of the Endino/Soundgarden seems to have worked very well. In comparing the original release with the reissue there is a very distinctive difference in the final mixes. The original album sounds exceedingly muddy, specifically Chris Cornell’s vocals, which on certain tracks are buried underneath layers of distorted guitar. It would be understandable if the vocals were sung by Chad Kroeger to have them buried. Actually, on second thought, in that case it may be better to have no vocals at all. But we’re talking about Chris Cornell here, the man with the golden tonsils and they need to heard. Thankfully the reissue brings them to the front of the mix and makes for a superior listen.

Even though the album doesn’t contain any megahits that would appear on the likes of Badmotorfinger and Superunkown, “All Your Lies” and the album opener “Flower” show Soundgarden honing their skills to become a central powerhouse in the early ‘90s Grunge movement.

The reissue, available on CD, vinyl, and cassette, also comes with six bonus tracks, all demos first recorded in 1987 by Endino on 8-track tape. While they aren’t necessary to include on the rerelease, they do offer the listener a glimpse into the evolution of the album and are a nice little novelty for the hardcore fans.

As a child growing up in the suburbs, Ryan found music as a way to soothe his boredom. After first hearing AC/DC at the age of 10, he was hooked on music. Tracing its roots to the ‘50s, he became obsessed with Elvis, Buddy Holly and Chuck Berry. Somehow that led to grunge, then psych-rock, then jazz, etc. The list goes on and on and his collection of vinyl records continues to grow.
RELATED ARTICLES
album reviewssoundgardensub pop
8.0