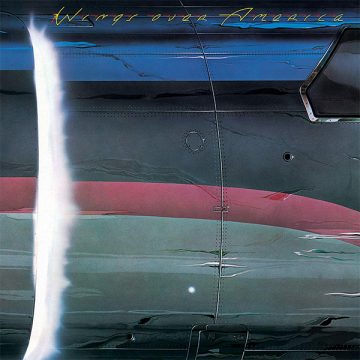 Wings Over America was originally released in December 1976, documenting McCartney and Wings’ 1975-1976 Wings Over America tour. A very successful tour, and a complete sell-out.  This was an opportunity for McCartney to prove himself outside of The Beatles and he succeeded.

The end result is a remarkably tight, well oiled machine. The music sounds vibrant, exciting and downright perfect. McCartney draws very little from The Beatles catalogue, performing only five songs (the best being “I’ve Just Seen A Face”). Rather, he relies on Wings material from Band On The Run, Venus and Mars and the then current Wings At The Speed Of Sound. He also dips into other McCartney standards (“My Love” and “Maybe I’m Amazed”). The end result is a brilliant live album and a brilliant document of a triumphant tour. Keeping in mind this was the first time McCartney had played North America in ten years. He sounds confident, and his voice and playing is perfect.

Wings Over America has been re-released before, in a deluxe package in 2013. For this release,  it is a straight re-release. No bonus material, but it is available on colour vinyl. Actually, I prefer it this way. It is presented as it was originally released with the poster, designer labels and great cover art.

Take a trip back to 1976 and enjoy Wings at their commercial peak. It is nice to have Wings Over America back again. Listening to this album should remind us all of what the fuss was all about in 1976.

Born and raised in Whitby, Aaron discovered music through his love of The Beatles. This led to a career in radio, writing for various publications, and ultimately a radio show about The Beatles (Beatles Universe), which ran for over four years. When not immersed in music, Aaron enjoys spending time with the loves of his life -- his wife Andrea, and daughters Emily and Linda (all of whom have an intense love of music too).
RELATED ARTICLES
album reviewalbum reviewsmpl