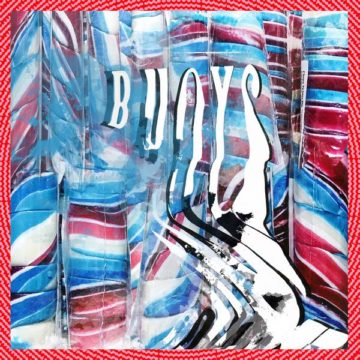 Sometimes a childlike curiosity can pay off. In a discography spanning almost two decades, both as a member of the legendary Animal Collective and working solo as Panda Bear, Noah Lennox has tried his hand in everything from freak-folk to sample-based production work, often creating sounds all his own. On his sixth and newest album, Buoys, he has shape-shifted once again into… a crooner?

Lennox has always used his voice as another instrument, layering and distorting it with studio effects. On Buoys his voice is at the front of the mix, smeared in autotune and often accompanied only by an acoustic guitar and some synth blips. While the opener “Dolphin” fittingly sounds like it was recorded underwater, the melody is incredibly simple. Though one of the sparest songs he’s ever recorded, it is beautiful.

At times the consistent instrumentation (little more than auto-tuned voice, synth and acoustic guitar) starts to drag. Drums appear on the album highlight “Inner Monologue”, injecting some much-needed energy, and making you wish that the other songs included similar touches. While it is interesting to hear Lennox try to do more with less, the results sometimes feel unfinished compared to the dense soundscapes of his other work.

Whether with Animal Collective or working solo, Panda Bear’s music can often feel like a broadcast from the mind of a child. This time around though, he’s more like the best kind of camp counsellor, able to connect to the feelings of his charges, but without the hyper energy. For the most part, it’s a good look on him.