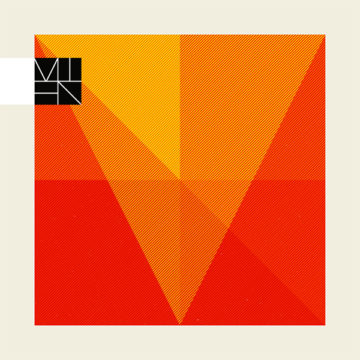 Composed of The Black Angel’s Alex Maas, The Horror’s Tom Furse, Elephant Stone’s Rishi Dhir and The Earlies’ John-Mark Lapham, MIEN is something of a psychedelic supergroup. With the band’s members crossing paths and sharing bills as far back as 2004, MIEN is a project that has been waiting to happen for quite some time. Within their 10 song self-titled debut album, MIEN explores sounds that echo the quartet’s eclectic psych-infused roots.

Opening the album is “Earth Moon,” a psychedelic joyride that carries many of the hallmarks of the psychedelic genre. It features a percussively undulating rhythm that courses throughout the song as the sitar and various eastern influenced sounds swirl around Maas’ relaxed vocals. While both “Earth Moon” and its album-closing reprise are stereotypically psyched out, not all of the album’s track stick so tightly to this formula.

Further into MIEN, songs become more experimental and varied. With their diverse musical backgrounds, MIEN’s members draw from a broad musical pallet that features hints of The Velvet Underground and Nico, the eastern era of The Beatles, and even notes of Industrial rock. On “You Dreamt” this pallet is sampled entirely as Maas’ voice becomes distorted and looped over a bed of hypnotic synths and ethereal rhythms. Later in the album, things become poppy with “Odessey” packing an upbeat psych-pop chorus that would be quite content on an of Montreal album.

Simply put, MIEN is a hypnotic and riveting listen. The band’s ability to channel psychedelic vibes from the past and present is impressive and certainly garners a couple of relistens.

I am an Edmonton based musicophile and photographer who loves experiencing music whether it's live or on my turntable. I play seven instruments and go to a lot of concerts.
RELATED ARTICLES
album reviewsblack habitelephant stone