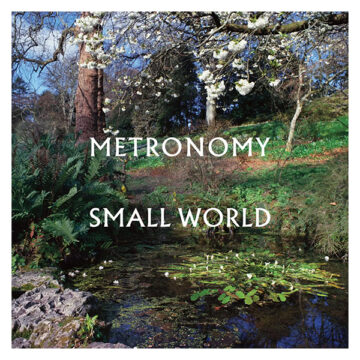 Metronomy — the Joseph Mount-led collective from England — is now on their seventh album and seems to be taking things easy this time around.

Understated is probably the word for it. Mount’s vocals shyly coax in tracks like “Hold Me Tonight” and “I Have Seen Enough”. The arrangements are economic, measured in worth by their quirks; the pincer-sharp string strikes in “Hold Me Tonight” are a highlight as light-hearted electro-pop beats become a mainstay throughout.

“I Lost My Mind” is the closest they come to excess, with psychedelic swirls and the chorus’ harmonies going round in circles at the end as if lost in their own high. It’s a rare moment before returning to the light-weighted charms of “Right on Time” and “I Have Seen Enough” — but it’s nice to see they’re not afraid to let their hair down occasionally.

At times some tracks sound a bit too similar. “Right On Time” is a bit redundant after the similarly quirky light-on-the-air chorus of “It’s Good To Be Back”. The self-imposed restraint can feel as if some opportunities were passed by, with songs rarely gaining much momentum despite the interesting ideas on display.

However, you can spend too long wondering what might have been. The tunes that we have sound fresh and what you’d expect from a band who’ve been honing their craft for the past 20 years. It may not be blazing any new territory, but as consolidation efforts go this is some good stuff.

I’m a recent music graduate from the University of York. I enjoy listening to music, as well as writing about it and making up some of my own. Previous publications I’ve written for include mxdwn and Right Chord Music, as well as my blog, Musical Sound Bites.
RELATED ARTICLES
album reviewalbum reviewsbecause music
8.0