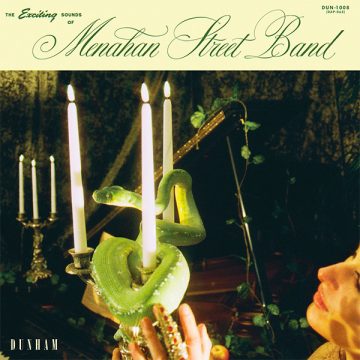 Naturally, the record is a complete vibe that while founded on nostalgia and reminiscing for the past, is driven by excellent musicianship and strong songwriting. “The Starchaser” delivers a level of fanfare with its leading guitar riff, while “The Duke” sounds as if it was pulled straight out of Ocean’s Eleven with a ‘70s club flair. Being ever so thematic, “Devil’s Respite” brings a both a somber and uplifting tone between the verse and chorus, whereas “Snow Day” starts slowly and builds organically in a simplistic and pleasing manner. Another highlight is the psychedelic “Cabin Fever” that could easily fit in nearly any Tarantino film thanks to its siren-like synth and horns over a tight groove. While each song seems to deliver more and more of what listeners want from the Menahan Street Band, it is the album’s closing track, “There Was A Man”, a reflective jazz waltz in the style of Duke Ellington, that samples Bradley’s vocals for a second as the song opens. It is a grand farewell that, rather than dwell in melancholy, soars in triumph and appreciation, a true celebration of the life, music, and legacy of their fearless leader.

The Menahan Street Band has struck gold, as always, with their latest album. The long-awaited record is a masterclass in musical performance, taste, and sophistication. This is a band that can blow most out of the water with their musicianship; however, they choose to revel in the simple and sublime, ultimately delivering an instrumental masterpiece that should inspire artists of all styles. The Exciting Sounds Of Menahan Street Band lives up to its name with 14 dynamic tracks making a record that, front to back, is a thrilling musical experience.

A passion for music has always been a part of Gerrod’s life. As a young boy, he was raised on a steady diet of the music from The Chili Peppers, Aerosmith, The Stones, Prince, and others from his mum. Raised in the GTA, Gerrod continued to foster his love for music by attending a wide range of concerts and learning the drums. His unapologetic passion for music has no bounds and has spread to a wide variety of styles, whether it be the 90’s rock that sound tracked his teenage years, the jazz he studied in university, or his newfound love for hip-hop. He recently received his bachelors in music and education from York University and is passionate about writing and reviewing good (and less than good) music. Gerrod is also the drummer and songwriter for a Toronto based rock & roll band, One In The Chamber.
RELATED ARTICLES
album reviewalbum reviewscharles bradley
7.0