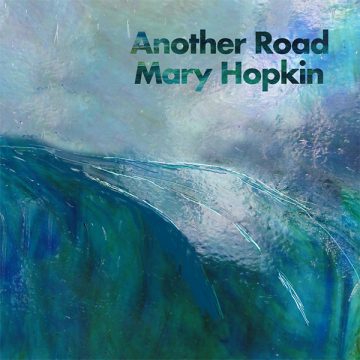 Mary Hopkin was one of the first artists signed by The Beatles to their Apple label, and in 1968 had a monster hit with “Those Were The Days”. She had many more hits, but there is more, so much more to this incredible artist. Each release is something to celebrate, because her albums come oh so seldomly.

It has been seven years since her last album (2013’s Painting By Numbers) and she has been missed. Her melodies, her vocals, her musicianship, her harmonies, her lyrics, everything has been missing on the musical landscape, but there were signs of her return. She provided vocals on Ralph McTell’s recent album Hill Of Beans, and sang with her daughter, Jessica Lee Morgan on her most recent release, Forthright. Another Road has been far too long coming but it has been worth the wait. This album just might be her best album ever.

Another Road is somewhat of a family affair. Hopkin wrote, produced, and recorded the album in her home studio but she had help from her daughter, Jessica Lee Morgan, who is a talented artist in her own right, and Morgan’s partner, Christian Thomas. They had helped Hopkin learn how to record herself, but assisted remotely by providing bass, guitar, saxophone, piano, and occasional vocals. Thomas also mixed the entire album, which Hopkin had full control over.

The album has its roots in folk music, but it is not entirely folk, that sells it short. Hopkin creates music unlike any other artist. She writes melodies that tear at your heart and her use of backing vocals enhances each and every song. One can see, or rather hear, why artists like Kate Bush cite her as an influence. Hopkin brings beauty to this world, even when she is political, and singing about the horrible state of affairs in the U.S. She does not judge, she does not preach, but she reflects.

The album opens with the title track, “Another Road”, featuring the opening line

“Let’s build another road, carve up the countryside.
We got the solutions to all our problems,
Make lots of money at the same time”.

A bold statement to open the album. Hopkin has hope, but she is also very aware of the world. She does not shy away from being honest.

Another Road is full of personal songs, stories, and political statements. 10 chapters and 10 glimpses into Hopkin’s world. All of this is set to excellently-recorded, melodic, beautiful songs. And let us not forget that voice. Hopkin sounds phenomenal.

Born and raised in Whitby, Aaron discovered music through his love of The Beatles. This led to a career in radio, writing for various publications, and ultimately a radio show about The Beatles (Beatles Universe), which ran for over four years. When not immersed in music, Aaron enjoys spending time with the loves of his life -- his wife Andrea, and daughters Emily and Linda (all of whom have an intense love of music too).
RELATED ARTICLES
album reviewalbum reviewsmary hopkin
8.0