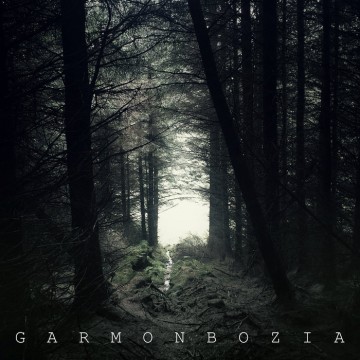 Det gäller att smida medan järnet är varmt (Translation: You have to strike while the iron is hot). Conceived in 2012, the Swedish electronic-pop duo Machinista continue to forge forward as they envelop you with their synth-pop blanket. Band members John Lindqwister and Richard Flow improve upon their first album in this genre and it’s a good effort. Garmonbozia is the word for “pain and sorrow” in David Lynch’s Twin Peaks: Fire Walk with Me, and the dark tonal aspects of this album reflect this reference. The album starts out brightly enough with the pulsating “Picture Frame Eternity” as Lindqwister’s passionate, emotional, and irresistible vocals (The Cure’s Robert Smith comes to mind) float above the thumping drumbeat, which pushes the song forward. The release gains its legs quickly with flavoursome and engaging melodies on songs like “Dark Heart of Me,” “The Bombs,” “We are Rockets,” “Ghost” and “Battered.” These tracks create a Machinista standard “synth wall of sound” listeners can appreciate in or out of the club scene. Flow’s composition on “Brandbergen, Stockholm via Kalmar till Malmö ” is masterful while balancing Lindqwister’s mellifluous vocals. Sprinkled in the middle of the album is “Surprised By Death,” with its marching beat marinated with heavy guitar chords in the background as Flow’s adept fingers tickle the delicate synth till it laughs melodic notes. The release closes with the entrancing “Train” as the listener is treated to a morbidly brooding opening while Lindqwister growls, “Train are going to the inner core / louder than the heavens roar…” A wonderfully haunting and uniquely sounding track on this album, John’s orotund, towering vocals overlap this song with energetic angst. This track displays the duo’s ability to create pulsating emotions with wave after wave of heavy beat and piano chords that elevate the sound to a surreal height. Well worth the 45-minute listen, this album is a successful adventure in minimalist instrumental self-production. The Garmonbozia experience expands on their previous release; it’s hard to find any flaws with the tracks. Machinista continues to strike while the iron is hot with an inspiring kaleidoscope of lusciously glistening, ‘80s synth-pop ear candy.