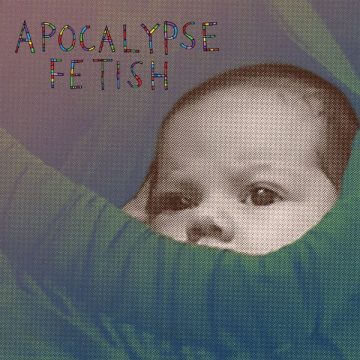 A year after the release of Brace the Wave, a record exploring the complexity and heartbreak of his divorce, Lou Barlow returns with a collection of songs that try, with some success, to blow on the embers of his residual hang-ups and contemplate social climate.

Apocalypse Fetish is primarily occupied by a down-tuned ukulele and Barlow’s familiar tenor, with synths and minor percussion peppered in for good measure. The songs are competent and energetic, but the result sounds like the Sebadoh frontman sent to his PR person what was meant for a prospective drummer for a full band recording.

The five-track EP works best when it sticks to one aesthetic. Opener “The Breeze” paints Barlow as a fragile, coffee shop warbler. With clean, soft production he jumps between whispers and wails, precise fingerpicking and fervent strums. The song builds into a heavy-hearted chorus before he quickly pulls back, dialing down the dramatics just as they start to get out of hand.

Even with the return of Brace the Wave producer Justin Pizzoferrato, Apocalypse Fetish is plagued by uneven production. A solid rhythm section is decidedly absent from the hookier, high-energy songs. Standout track “Try 2 B” begs for bouncy, blown-out drums. “Try 2 B”’s howling chorus sounds congested here where it would anthemic with a full band – the song just isn’t as fun as it could be.

Were Barlow more patient, most of these songs would have found great homes individually. “Pour Reward” could have been a hidden gem on a box set, and “Anniversary Song” could still be a deep cut on a new Sebadoh/Dinosaur Jr./Barlow record. Apocalypse Fetish is the sound of Barlow working on some really good ideas, but it doesn’t merit its own release.

Marko Woloshyn is a Mississauga-based writer and musician. He owns a limited edition repressing of Mclusky Do Dallas and one time at a concert a drunk woman told him he looked like Keira Knightley.
RELATED ARTICLES
album reviewsapocalypse fetishjoyful noise recordings
9.0