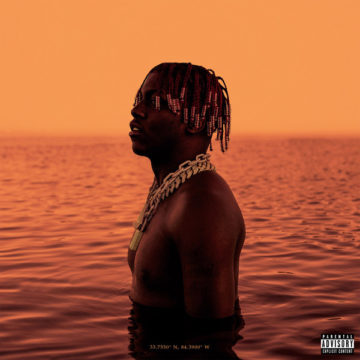 Atlanta rapper Lil Yachty (“The King Of The Teens”, “King of The Youth”) has the admirable ability not to take himself too seriously, but unfortunately a lot of his humour seems to have deserted him on this down-beat successor to last year’s Teenage Emotions; nor is it really a follow-up to his 2016 debut mixtape, Lil Boat that broke him out, despite that “2” in the title. The most impressive thing about this release is the eye-catching sleeve. Yes, rap-wise Yachty can hold his own with the likes of 2 Chainz and K$upreme (“Oops”), but the album comes across as rather one-dimensional – not a description I would previously have thought Yachty would ever merit – as he brags of his prowess with the ladies but primarily spends most of his time telling us how well off he is. Then there are tracks – quite a few of them here – like “Count Me In” which are over before they’ve really got going and forgotten just as quickly. Thankfully, there are a few items like “She Ready” (featuring PnB Rock) and “FWM” which make an impact, but overall, on this album the feeling is that Yachty has decided that as he is no longer a teenager, he needs to act like a serious adult – and he seems to have lost some of his individuality as a result! Proceedings close out with ‘66’, with guest Trippie Red, probably the best track here, but the feeling is one of “too little, too late”. I would say that how Yachty’s audience is going to react is anyone’s guess, but if he’s not careful he is going to lose them altogether. And that really would be a shame as an in-form Yachty can be one of the more intriguing and entertaining rap artists around.

The Spill Magazine is a Toronto-based online publication dedicated to covering the independent music scene with a strong focus on our thriving hometown talent. Our writers bring you up-to-date news, in-depth features on musicians and reviews for the latest CD releases. We also travel to the front lines for all local festivals including Canadian Music Week and North by Northeast. Don’t forget to check out our Facebook and Twitter pages for all daily Spill updates.
RELATED ARTICLES
album reviewslil yachtypnb rock
8.0