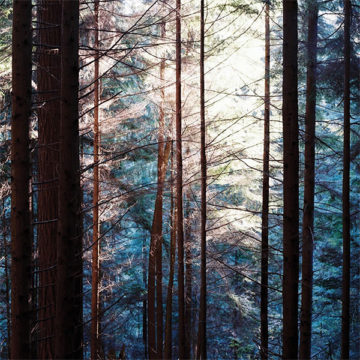 At first listen, it’s very clear that Lee Watson has listened to a lot of Neil Young.  This isn’t necessarily a bad thing (Neil Young is a damn national treasure after all) but it doesn’t set Watson apart from his fellow Canadian musicians easily.  Upon second and third listen however, Watson’s Self-Titled album grows on you and influences from across Canada can be heard- everything from The Great Lake Swimmers and Gordon Lightfoot to Ron Sexsmith.  It’s once you’ve given this album a second chance that the real warmth and soul comes to the surface.

Released back in May, Watson’s album flows slowly and soothingly from song to song thanks in large part to relaxing slide guitar solos, soft brass sounds and Watson’s chilling vocals. The album peaks in the middle with “Mother of the Evening” before moving into a fuller sound in “Falling South” which evokes images of breaking ice, loneliness and vast and barren winter landscapes.

Watson’s lyrics are a classic example of Canadiana.  Characterized by imagery of our natural and wild surroundings, Watson has tapped into a part of our identity that so many Canadians have grown accustomed to identifying with.  It’s easy to picture oneself by a bonfire listening to this album front to back as Watson’s lyrics pair stories of sad love against rugged landscape.

For a listen that is truly captivating and warming, check out Lee Watson’s self-titled album, a new gem on the Canadian music scene.

Gabrielle Mueller is a lover of all things music, writing and charcuterie boards. Gabrielle has a particular passion for music of the 1960s and the hippie movement in Toronto’s Yorkville district. Gabrielle runs her own music website, The Hippie Historian, where she reviews concerts, interviews musicians and writes about music history that spans the ages.
RELATED ARTICLES
album reviewsfalling southlee watson
9.0