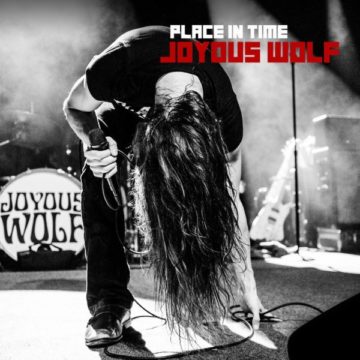 Joyous Wolf is a band in a very curious position. While they don’t quite seem to have the mainstream attention as say Greta Van Fleet for their role in the growing rock revival that is sweeping North America and Europe, the Southern California rock outfit seems to be a favourite among a more underground scene. The band first came across my radar with their cover of Mountain’s “Mississippi Queen” which featured an electrifying music video. Having only previously released a double sided single – featuring “Mississippi Queen” and their original track, “Slow Hand” – Joyous Wolf has released their highly anticipated debut EP, Place In Time, to much excitement and praise. The release also comes ahead of their upcoming opening slot on Buckcherry’s Warpaint Tour 2019 which will take the two bands across North America through the course of the summer.

From the opening, fuzz laden chords of “Had Enough”, it becomes immediately clear that Joyous Wolf are not just another rock band. It is also worth mentioning that while the obvious classic rock influences are all quite apparent – from Led Zeppelin to Creedence Clearwater Revival and many others – somewhere within the swampy chugging of “Had Enough”, the spacious chord driven pre-chorus, the ripping lead guitar lines of the chorus, and vocalist Nick Reese’s gravelly and throaty baritone finds me thinking of Pearl Jam. The same can also be said about the following track, “Quiet Heart” which continues to build an atmospheric and melodic soundscape set on top of a pure classic rock vibe.

As the EP continues forward, Joyous Wolf dive into the crunchy, funky, and incredibly melodic “Said Too Much” – a rhythmic song which sounds like Myles Kennedy fronting Zeppelin. Among the strongest on the EP, “Said Too Much” is a soaring track which, over the course of its three and a half minutes, is filled with a number of ambitious peaks and valleys. That being said, the title track, “Place In Time”, is perhaps my favourite with its off-beat pulse, thrilling lead lines, and overall intensity. The sophistication and sheer creativity of “Place In Time” is only matched by the heaviness and hard-hitting grit of “Mother Rebel”.

Considering all the hype and excitement surrounding Joyous Wolf, Place In Time will surpass all expectations and solidify them as one of the most promising up-and-coming rock bands around. The seven-track EP, while starting off strong albeit slightly slower, truly kicks off in the middle and ends even bigger– this is an album that paces itself well to build through brilliant songwriting and fiery performances. Front to back, Place In Time is an incredible display of modern rock that ultimately elevates the genre as a whole and brings Joyous Wolf that much closer to the forefront of rock ‘n’ roll.

A passion for music has always been a part of Gerrod’s life. As a young boy, he was raised on a steady diet of the music from The Chili Peppers, Aerosmith, The Stones, Prince, and others from his mum. Raised in the GTA, Gerrod continued to foster his love for music by attending a wide range of concerts and learning the drums. His unapologetic passion for music has no bounds and has spread to a wide variety of styles, whether it be the 90’s rock that sound tracked his teenage years, the jazz he studied in university, or his newfound love for hip-hop. He recently received his bachelors in music and education from York University and is passionate about writing and reviewing good (and less than good) music. Gerrod is also the drummer and songwriter for a Toronto based rock & roll band, One In The Chamber.
RELATED ARTICLES
album reviewalbum reviewsroadrunner records
8.0