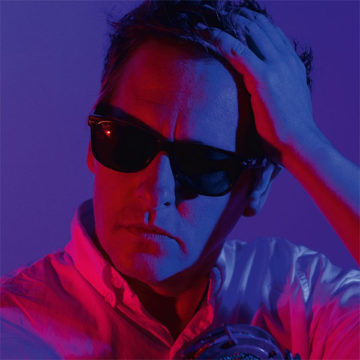 Josh Rouse released a very deep album in 2015 called The Embers of Time. He then decided to release an album that was more dedicated to the likes of early ’80s pop icons such as The Blue Nile and The Style Council. Thus, enters Love in the Modern Age. The album sounds straight out of the ’80s.

This is a big style change for the typical folk sound that Rouse is known for. Here he decides to set the acoustic guitar in its case in favour of a much different feel with a synthesizer. Rouse, of course, can’t leave his signature acoustic guitar out for the whole album, but uses it to get the feel for a few songs, only to overlay a synth.

The album opens with the song “Salton Sea”.’ It has the perfect ’80s vibe he was going for. It is very catchy, has the synth, layered vocals, a bright guitar with a lot of reverb, and even whistling. The title song, “Love in the Modern Age” continues the catchy synth heavy chorus. The female backing vocals allow for the classic sound. This song has some of the strongest lyrics and vocal work on the whole album. “There Was a Time” closes the album and is most influenced by Leonard Cohen. It has the typical acoustic guitar that many know and love from Rouse, but it still has the synth for the sound that is known for in the ’80s.

The album is not bad. It’s also not good. It’s just so middle of the road. There is nothing truly stand out on the album. It would fit right in with the ’80s adult contemporary pop that influenced it. There is a reason that style isn’t still getting mainstream play today though. It might be best left in the past.

The Spill Magazine is a Toronto-based online publication dedicated to covering the independent music scene with a strong focus on our thriving hometown talent. Our writers bring you up-to-date news, in-depth features on musicians and reviews for the latest CD releases. We also travel to the front lines for all local festivals including Canadian Music Week and North by Northeast. Don’t forget to check out our Facebook and Twitter pages for all daily Spill updates.
RELATED ARTICLES
album reviewsyep roc records
9.0