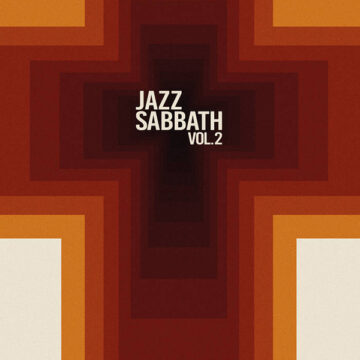 Reimaging catalogues from classic rock artists into the jazz context seems to be a growing trend of mixed results. The latest record to attempt this impressive feat is Jazz Sabbath, Vol. 2 the sophomore release from Jazz Sabbath, a Black Sabbath tribute jazz band. Their latest album includes seven tracks, ranging from absolute classics to deep cuts, all rearranged into jazz.

Opening with “Paranoid”, Jazz Sabbath sets the tone for the record with a piano-led jazz track that lends itself to a New Orleans ragtime flair.  The band seamlessly injects solos in between passages that replicated Tony Iommi’s hard-hitting riffs and Ozzy Osbourne’s iconic melodies. In many ways, the arrangement of the classic Sabbath hit is sublime, organic, and, at times, brilliant. The same could be said about “Snowblind” – another riff-heavy song shifted into a melodic and softer jazz style. While both tracks are a great example of the strengths of Jazz Sabbath, both suffer from the same thing: they feel safe, without even a sense of minor risk. With such refined arrangements, there seems to be little improvisational energy to the songs. As a result, they almost drag on, feeling longer than they should.

This is not to discredit the songwriting or performance of the team behind Jazz Sabbath, Vol. 2. The record carries a cinematic feel to it, one which elevates Black Sabbath’s work into a sonic sphere that is equally influenced by both jazz and classical music. For this, “Behind The Wall Of Sleep” and “Symptom Of The Universe” shine as two of the strongest musical offerings on the album. Additionally, the up-tempo swing of “Sabbra Cadabra” proves to be yet another high point among Jazz Sabbath, Vol. 2.

With a distinctly compositional feel, Jazz Sabbath, Vol. 2 soars as a strong series of adaptations which see proto-metal and hard rock riffs transformed into expansive and melodic motifs. This very strength, at the core of the album, is also where its weakness lies. Due to its cinematic and composition-like approach to adaption and songwriting, many elements of jazz, such as improvisation, feels absent from the album. In this regard, Jazz Sabbath, Vol. 2 is a very sterile jazz record, yet it would not feel out of place on a film score. Regardless, the musicality that is found on this record – both among the songwriting/adaptations and performers – is very strong, making Jazz Sabbath’s latest release a unique musical experience.

A passion for music has always been a part of Gerrod’s life. As a young boy, he was raised on a steady diet of the music from The Chili Peppers, Aerosmith, The Stones, Prince, and others from his mum. Raised in the GTA, Gerrod continued to foster his love for music by attending a wide range of concerts and learning the drums. His unapologetic passion for music has no bounds and has spread to a wide variety of styles, whether it be the 90’s rock that sound tracked his teenage years, the jazz he studied in university, or his newfound love for hip-hop. He recently received his bachelors in music and education from York University and is passionate about writing and reviewing good (and less than good) music. Gerrod is also the drummer and songwriter for a Toronto based rock & roll band, One In The Chamber.
RELATED ARTICLES
album reviewalbum reviewsblack sabbath
8.0