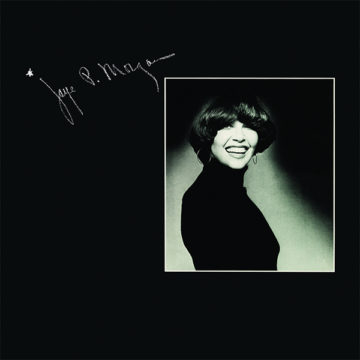 In what should have been a landmark moment for soul and disco music, Jaye P. Morgan released her self-titled album, Jaye P. Morgan, in 1976. Rather than being a watershed moment for both her career and pop music, the album was initially limited to a very rare and highly-coveted pressing which was intended for private circulation. Morgan’s smooth vocals aside, the album was David Foster’s first full-blown production (released two years prior to his influential work with Earth, Wind & Fire) and features musical performances from the likes of Harvey Mason, Ed Greene, Jay Graydon, Ray Parker Jr., Tower of Power, and Ernie Watts, among others. Now for the first time, forty-three years later, the record has been reissued for the general public, shining a bright light on the artistry of Morgan’s latter career, and will leave listeners excited and reeling with nostalgia for what could have – or rather, should have – been.

Opening with the up-tempo pulse of “I Fall In Love Everyday”, Morgan perfectly sets the tone for Jaye P. Morgan with a funky disco track reminiscent of Donna Summer. With its catchy chorus and slick instrumentals, this song alone, should it have been released in ’76, would have put Morgan very much in line with the budding R&B scene which was becoming vastly popular. Morgan’s warm vocals pair perfectly with the groovy band and lush, accenting strings. It is worth noting that Morgan’s backing band truly is of an all-star quality and shines throughout all nine tracks of the album, especially on the slow-burning “Here Is Where Your Love Belongs”, the hot shuffling of “Let’s Get Together”—perhaps the strongest funk track on the album—and her cover of Earth, Wind & Fire’s “Can’t Hide Love”.

Morgan’s vocals naturally take the centre of the album and carry her band through an array of tracks inspired by disco, funk, pop, and soul. While there is not a single weak moment throughout the record, Morgan’s voice shines much brighter on the ballads “It’s Been So Long” and the closing “It All Goes Round”.  Like a smoky lounge singer with a voice that is as full-bodied as it is breathy, Morgan effortlessly commands your attention with a performance that is nothing short of stunning.

All in all, Jaye P. Morgan is a record which, were it released when it was recorded, would have been a big step forward for ‘70s soul music and disco; however, given the circumstances regarding its highly exclusive pressing and circulation, hearing it in 2019 feels like stumbling upon a long-lost and forgotten treasure. Like a time capsule, Jaye P. Morgan transports the listener back to Los Angeles in 1976 when the soul music of the decade was at its peak. Ultimately however, it is Morgan’s stellar vocal performance which steals the show, making this an album that you simply must hear.