SPILL ALBUM REVIEW: JANET BATCH – YOU BE THE WOLF 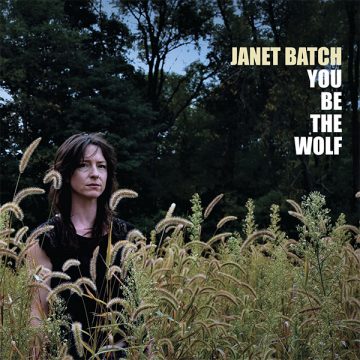 Janet Batch
You Be The Wolf
Independent

Very often, it is impossible to escape your past. This particularly holds true when your musical influences and inspirations come into play. More or less, it all comes down to the music you’ve listened to when it was all down to forming your musical taste.

Of course, it could all turn sour, if you don’t combine those influences into something that sounds good, but it seems that upstate New York artist Janet Batch is on the right track with molding her influences into a sensible and extremely listenable sound on her latest album, You Be The Wolf.

You see, back in the late ’70s and ‘80s when Batch was forming her musical tastes, she obviously had her ear tuned to omni-present country radio. But it also seems that she didn’t move her dial when she would hit a station playing then also omni-present Fleetwood Mac and their dual female vocal power of Christine McVie and Stevie Nicks (particularly the latter).

Yet, what makes Batch’s musical combo quite potent is her combination of key elements of country music which she combines with some powerful vocals and lyrics that go quite a few steps further than the usual country pop fare. You may call this music thinking country pop, Americana or whatever you wish, but it is something that deserves more than just a cursory listen.

SPILL ALBUM REVIEW: JANET BATCH – YOU BE THE WOLF