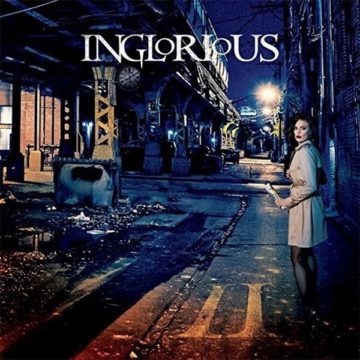 Inglorious’ new self-produced album attempts to recreate the classic rock vibe. Although their music doesn’t live up to the likes of Van Halen and Aerosmith, Inglorious II still has a few catchy and heartfelt tracks.

With the exception of a few songs, The British band come off sounding like amateurs in their genre. The guitar riffs are very repetitive and don’t sound professional at all. For instance, the guitar intro in “I Don’t Need Your Loving” sounds like a beginner could play it. It feels overdone and too similar to hit songs from the ‘80s.

With “I Don’t Need Your Loving” and “Taking the Blame,” the album opens with two songs that have similar melodies, both lacking in boldness and creativity. The lyrics are also very weak and absent of any kind of meaning. The line, “I don’t need your loving, I am doing fine,” sounds lame and makes you want to roll your eyes.

To tell the truth, front man Nathan James, can’t hit the high notes on most of the tracks. He screams in almost every song, which really doesn’t add anything to them. More than half of songs on the album include these very loud and high-pitched yells. At times, it feels like he is attempting to sound like Steven Tyler but completely misses the mark.

One of the better songs on the album is “Read All About It.” The catchy lyrics and uplifting beats are stimulating. The music makes you want to tap your feet. All the instruments sound clean and in harmony with each other. The fast-paced guitar playing is slick, stunning, and appealing. Most importantly, James’ singing is more relaxed and manages to hold your attention until the end.

“Black Magic” is undoubtedly the best track on the album. The music is powerful and energetic. Unlike many of the other tracks, there is a good mix of lyrics and does not sound repetitive. The opening is dark and eerie, but then builds up to emotionally-rich tones. The guitar solo is solid and matches perfectly with the rest of the song’s gloomy melody as well.

Overall, Inglorious II feels like listening to the Broadway soundtrack of Rock of Ages instead of Appetite for Destruction. Given that there are several decent and satisfying songs on the album, It would have been a much better if some of the lousy lyrics, dull melodies and irritating screams, were left out. That being said, a few of the tracks are very loud and will make your heart pound in a bad way. Whatever you do, just don’t listen to this album at night.