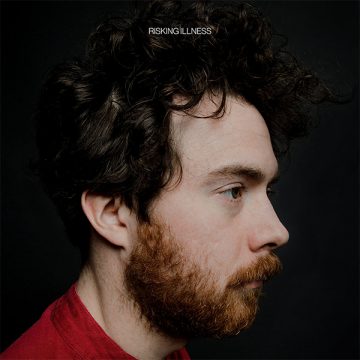 Getting over sad times sometimes requires sad music. Still, for such music to work you need to not only feel it in yourself as an artist, but also to be able to transform it into music that actually works.

Listening to Brooklyn-based singer-songwriter Ian Wayne’s second album, Risking Illness, it is apparent that he can. He has experienced some tragedies in his life that translates into his music.

Not only does he feel the sadness, he is actually able to transform those feelings into some quite compelling songs. Along with “Winter’s”, you can also get a true sense of his music from tracks like “Now Is Was” or “Baby.”

None of the nine compositions here lag behind in any way, and the sense of overwhelming sadness keeps lingering on throughout the album. That feeling is compounded by Wayne’s vocals, at moments reminiscent of those by late grate Jason Molina.

Still, with all those sad feelings, there is a sense of trying to control all that grief as a way out and as a method to let the optimism in. All that makes Risking Illness even more of a special listen.